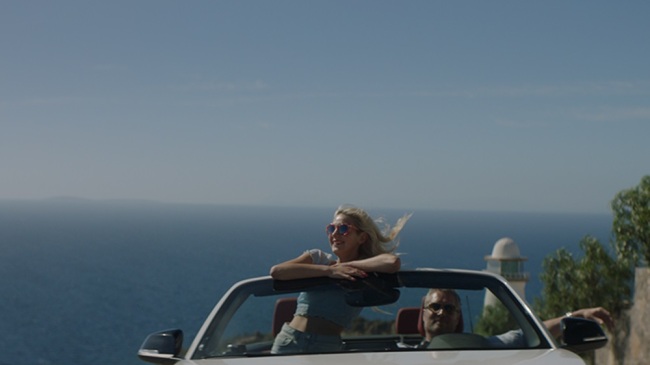 JEONJU, North Jeolla Province -- Danish director Isabella Eklof pulls no punches with her feature film debut “Holiday,” which has been a darling of the film festival circuit, even if it is not so likely to see wide, international theatrical releases. She is determined to bring the female gaze to film, and holds a steady, anthropological eye on her subjects.

“I think people like a challenging first movie, one that’s different and interesting,” Eklof told The Korea Herald on May 5, after screening the film at the Jeonju International Film Festival, in the Frontline section for films that push boundaries.

“Holiday” takes place in the picturesque Turkish Riviera with its surf, sand and alcohol. It follows the often bikini-clad Sascha, played by Victoria Carmen Sonne, on a working vacation with the drug gang she’s become enmeshed in. The audience knows only as much about the workings of the crime syndicate as she knows, and sees only what she sees -- which is to say not much.

In that regard, Eklof said she appreciates the added interest the #MeToo movement has generated for her as a female director and for her female-centric film, commenting that #MeToo is “really stirring things up in a wonderful way, and it feels like a little revolution. And that’s great.”

But she sees herself as a bigger part of another movement. Declaring that revelations from psychological drama have become fewer and farther between, she said now is the time for sociological drama with a “clinical or outside perspective, where (directors) are studying their characters with a somewhat anthropological eye, which makes it feel ... very real.”

“There’s a sort of morality to that eye that really speaks to me,” she said.

It is that unwavering, observational eye applied to a scene where Sascha is raped by her partner and crime boss that has sparked much of the talk, and some criticism, of the movie. 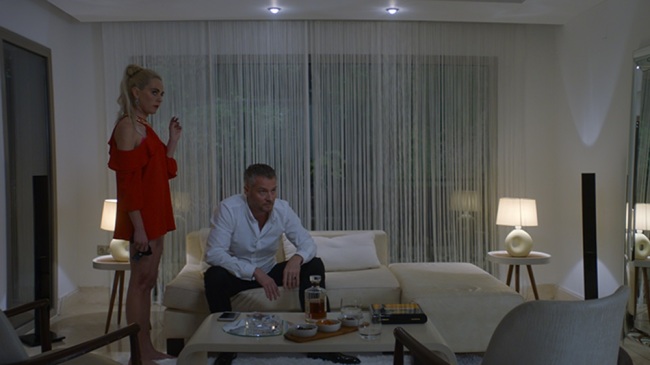 "Holiday" (JIFF)
The scene is filmed with natural sound and a steady camera in plain lighting, from an observational distance as if the audience were an indifferent spectator in the room. It is raw, and without exaggeration in a way that creates a feeling of it being “too real.” Although it may represent a turning point of sorts in the movie, it is not what the movie is “about,” and the character does not define herself through that moment.

“The rape scene would be much more exploitive and pornographic if I had a close-up of her face,” Eklof explained, dismissing claims of insensitivity or coldness. “Then I would think this is like a male gaze kind of movie.”

The idea of a difference between the male and female gaze is one recently stirring much conversation in culture and film alike. “This has been very obvious to me since I was a kid -- that the movies and films that we’re seeing were very obviously from a male perspective,” Eklof told The Korea Herald. “And it was frustrating and annoying.” She cites among examples the “super-rapey frat movies from the ’80s.”

The director added that even for her, incorporating a female perspective takes conscious effort. “I actually do give it a lot of thought. Maybe because I’m always looking for the unseen perspective anyway.”

“The female perspective is so easy (to work with) because there’s been so little,” she said, “so it’s very easy to find a fresh outlook.” 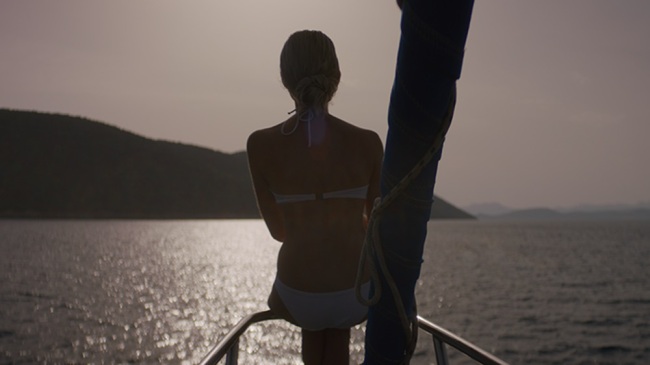 While the film’s fresh outlook and anthropological eye on the whole depict far less violence than an average superhero movie, the realism in its few scenes of violence, or the aftermath, can make it tough for an audience to bear. In a review after “Holiday” was screened at the Sundance Film Festival in January, Variety predicted the film would do well on the film fest circuit, but not so well with distributors.

“I’m not in the business of money,” she emphasized, praising European welfare. “I get my salary from directing. That’s good enough for me.”

While the impressive, shocking, sociological thriller may be difficult to find, Eklof holds out hope “Holiday” finds its audience, and audiences find the film, such as through online streaming options.

“I really believe that if a film is good enough, it’s going to persevere.”