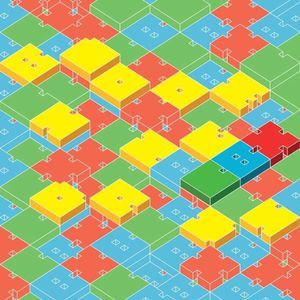 Thank God EXO-CBX’s new album is nothing like its previous funky-disco tune from “Hey Mama” or the ear-drum bursting EDM sound from EXO’s “Power.” In the world of K-pop where boy bands are given credit for their powerful performances and indiscreet use of synth sounds, the EXO unit’s toned-down “Blooming Days” EP soothes the listeners with a fragrant spring breeze.

What is brilliant in this seven-track album is that each track correlates to a day of the week while lyrically touching on the deepening feeling of romance over the seven days. The songs have also done a pretty decent job of maximizing the three men‘s velvet-smooth vocals by tamping down heavy synths.

Catering to the needs of listeners whose music preferences change from one day to the next, “Blooming Days” kicks off with a slowly blossoming reggae vibe of “Monday Blues.” The song’s groovy atmosphere is sluggish and subdued, as if riding on a peacefully sunlit bus on Monday that slowly moves through a traffic jam on one’s way to work. It kind of sounds like a spinoff of EXO’s reggae-inspired “Ko Ko Bop” in the beginning, but EXO-CBX overwrites any trace of EXO with its own color.

As Tuesday approaches, the trio tickles listeners’ senses with a more upbeat and breezy dance pop “Blooming Day,”  the album‘s lead track, which can be read as Tuesday in Korean.  Friday night‘s “Vroom Vroom,” calls for a passionate night, while “Playdate” and “Lazy” depict a relaxing yet cheerful vibe for the weekend.

“Playdate” overflows with positive energy, definitely recommended for a Saturday picnic. And for those who’ve hung around long enough to deserve a lazy Sunday morning, soothing “Lazy” will help them spend the day in a pleasant mood doing nothing.

All of the songs’ melodies and beats are undeniably trendy and sophisticated. So cheers to producers of S.M. Entertainment, who have done a top-notch job in expanding EXO-CBX’s musical range while maintaining EXO’s signature uncanny mature sound.