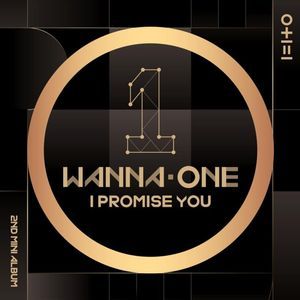 Albeit efforts to judge the album based on its musicality and not its artists’ off-camera behavior, Wanna One’s new release still needs explanation.

Made up of the winners of the second season of the audition program “Produce 101,” this 11-piece K-pop group often says, “Our success is all due to fans’ love and support.” Its second EP “0+1=1 (I Promise You)” is another cupid’s arrow aiming at the hearts of its loyal fans, but it seems to be in trouble.

The lead track “Boomerang” is a bombastic electro and hip-hop infused track that shows a more aggressive side of the group’s heartthrobs. Sprinkled with frenetic beats and flamboyant synths, however, the song is dangerously similar to boy band SF9’s “Fanfare.”

The two songs, both of which heavily depend on thumping bass, show notable similarities especially in their intros and overall melodies. And despite shifting from its previous mellow vibe for the first time, “Boomerang” is not a perfect fit for Wanna One, whose vocals are better suited to electronic dance music with more melodic hooks.

The upbeat opener “Gold” and “I Promise You,” an ambient EDM track dedicated to fans, may be more appealing to fans.

The seven-track album also offers a taste of various genres with “We Are,” layered with heavy bass riffs, and “Day by Day,” which has a groovy future bass line.

But the album’s absolute gem is “Your Name,” in which vocals create perfect harmony on top of a balladry melody.

Vocalists Hwang Min-hyun and Ong Seong-wu’s dulcet voices easily capture a listener’s attention, while Kang Daniel’s low-toned rapping balances out the song’s breathy tone. The piano version of “I Promise You” was also a decent way to close the album that experiences drastic shifts in genres.

Still, it is unfortunate that the K-pop group’s long-awaited album became tainted with recent controversies regarding remarks accidently made by its members during a live broadcast.

It remains to be seen whether Wanna One’s “thank you” to fans will be able to mend their broken hearts.