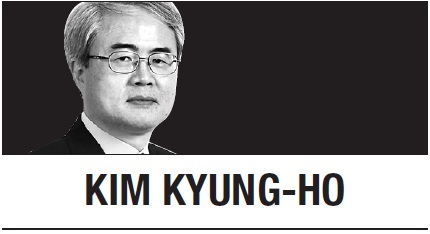 Mounting trade pressure from the US has prompted speculation here that Washington is linking trade issues to security concerns to keep in check what it views as President Moon Jae-in’s enthusiastic push for inter-Korean rapprochement ahead of the North’s denuclearization.

Many commentators note South Korea is receiving the harshest treatment from the Trump administration, though its trade surplus with the US dropped significantly last year while the US’ imbalances with other major economies widened.

Under recommendations made last month by the US Department of Commerce to President Donald Trump, steelmakers from South Korea and 11 other countries could be subject to a tariff of at least 53 percent on their exports to the world’s largest economy.

South Korea was the only US ally included in what an opposition lawmaker here called a “sanctions list,” which excluded all other traditional US friends such as Canada, Germany and Japan.

The hefty tariff, chosen over two other proposed curbs in April, would be yet another trade remedy undertaken by the Trump administration following January’s imposition of safeguard duties on imports of washing machines and solar panels made by Korean and other companies.

There are also concerns that the US’ import restrictions might extend to semiconductors, which have bolstered South Korea’s exports in recent years.

Days after the release of the Commerce Department’s report, President Moon instructed his aides to confidently and resolutely deal with what he called “unreasonable” US protectionist measures.

A senior economic aide to Moon later said Seoul would handle trade conflict with the US separately from security cooperation.

He said this two-track approach was based on the perception that it is only natural to pursue maximum national interests in economic and trade fields on the basis of a solid security alliance.

But the assumption that Seoul and Washington are on a firm footing on the security front is called into question as Moon and Trump have not held phone talks over the past months when the situation on the Korean Peninsula has gone through a critical phase.

Furthermore, it would be impractical to file complaints to the World Trade Organization and decry violations of a bilateral free trade agreement, given Trump is ready to discard anything that he sees as hurting US interests.

Seoul officials caution against the view the Trump administration has deliberately targeted South Korea out of discontent with its diplomatic course.

Certainly, a key motive behind US protectionism is to keep China’s growing economic power in check, and it may be somewhat unavoidable that South Korea is exposed to the fallout from the escalating conflict between the world’s two biggest economies.

Trump’s protectionist crusade also seems to be driven by the need to consolidate his support base by showing achievements of his “America First” policy ahead of mid-term elections in November.

Trump was quick to trumpet his efforts to bring back jobs to American workers when he hailed General Motors’ decision last month to close one of its four plants in South Korea and said the carmaker would be moving back to Detroit.

“You don’t hear these things, except for the fact that Trump became president,” he said at a trade-related meeting at the White House. It did not seem to cross his mind that the automaker’s decision was made as part of its restructuring program across the world and would not necessarily translate into more jobs for US workers.

In this regard, attention is being paid again to remarks made by Trump in January to the effect that he could consider using trade issues as a tool to hold back Seoul from being swayed by Pyongyang’s attempt to drive a wedge between the US and South Korea and between him and Moon.

In an interview with the Wall Street Journal, he said if he was in the North’s shoes, he would try such a tactic.

Describing himself as a man who knows “more about wedges than any human being that’s ever lived,” Trump noted the US has a trade deficit of $31 billion a year with South Korea and “that’s a pretty strong bargaining chip to me.”

The trade imbalance between the two countries actually stood at $22.88 billion last year, a sharp drop from the $27.57 billion tallied in 2016, according to data released by the US Department of Commerce last month. Nonetheless, the reduced gap would have made little difference to Trump.

Efforts to expand outreach to the US simply in economic terms would do little to ease or surmount Trump’s tough protectionism that carries a political tone.

The Moon government’s failure to handle trade and security issues with the US in a proper context could cost South Korea more down the road.

Moon’s call for a firm response to trade barriers erected by the Trump administration notably contrasted with his emphasis on measured ways to cope with China’s economic retaliation against Seoul for hosting an advanced US anti-missile system last year.

A yearlong Chinese boycott of Korean products and cultural content, though it was put to an official end in October, served as a reminder of how ready China would be to use its economic clout in a diplomatic standoff.

The Moon administration’s pledge to decouple trade issues from security cooperation with the US sounds awkward after its timid reaction to China’s measures to force South Korea to pay economic costs for its sovereign decision to enhance its defense posture.


Kim Kyung-ho
Kim Kyung-ho is the Sejong-based business editor of The Korea Herald. He can be reached at khkim@heraldcorp.com — Ed.