South Korea's domestic coffee market surpassed 10 trillion won in 2017 for the first time ever as demand for the brew continues to rise, market data showed Sunday.

According to the Korea Customs Service, the country's coffee market stood at 11.7 trillion won ($10.8 billion), up more than threefold from around the middle 3 trillion-won level a decade earlier.

This translates into 26.5 billion cups of coffee being served last year and an average of 512 cups being consumed per person. Asia's fourth-largest economy has 51.7 million people.

Broken down, coffee mixes ranked No. 1, accounting for well over 13 billion cups, followed by fresh roasted coffee, making up 4.8 billion cups, with the remainder being canned coffee and various coffee-flavored drinks.

The latest data showed that while people drank more, the price of a cup of coffee has also shot up in the past 10 years, with more people drinking expensive brews than before.

The average prices for a cup of fresh roasted coffee stood at 1,636 won, with this market reaching 7.85 trillion won market last year, while in 2007, it stood at just 900 billion won. 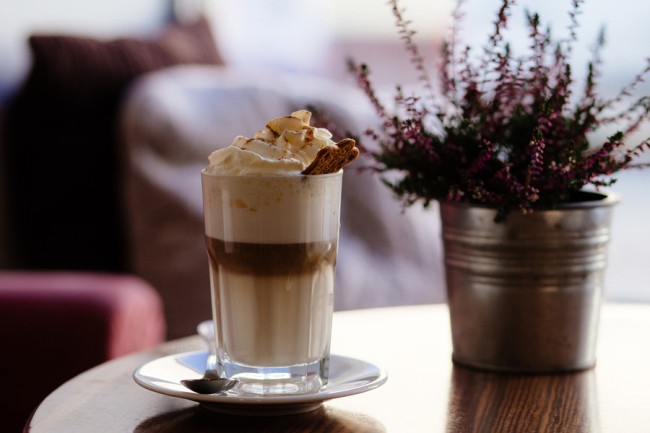 In the past, South Korea's domestic market was dominated by coffee mixes and instant coffee, but this changed with the opening of Starbucks and Coffee Bean & Tea Leaf stores in the late 1990s and early 2000s.

Starbucks Coffee Korea Co., the local unit of the global beverage company, reported sales topping 1 trillion won in 2016, 17 years after it opened its first outlet here in 1999, with the company's operating profit hitting the 100 billion-won mark for the first time last year.

Besides the growth of big coffee chains, local trends are leading to more stores operating their own roasting machines and becoming more high-end to meet consumers' diversified demands.

Related to future prospects, a coffee industry source said that while the overall market has grown sharply over the years, per capita consumption of coffee is far below that of such countries as the United States, Germany and many European countries so there is still considerable growth potential. (Yonhap)