South Korean quarantine officials have slaughtered 201,000 birds in the country‘s southwestern areas to contain the spread of avian influenza, an official said Sunday.

Quarantine workers culled the ducks from Nov. 19 to Sunday, said an official handling the issue at the Ministry of Agriculture, Food and Rural Affairs. He asked not to be identified.

The culling came after the highly pathogenic H5N6 strain hit four duck farms in Jeongeup, Gochang and Yeongam in the country’s southwest. 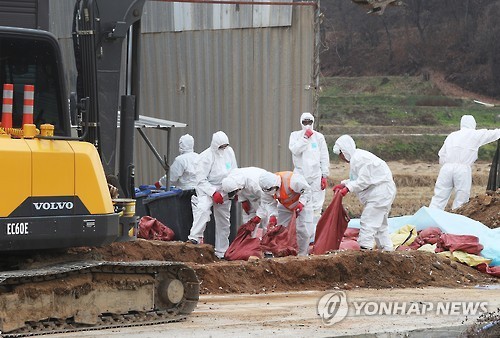 Highly pathogenic avian influenza refers to viruses that cause severe disease in birds and result in high death rates, according to the World Health Organization.