After leaving their footprints around the globe, the K-pop superstar finally landed on its home turf, where it put an end mark on its monthslong “Wings” tour that kicked off in Seoul in February. And its retrospective “grand final” was tearful, beautiful and splendid. 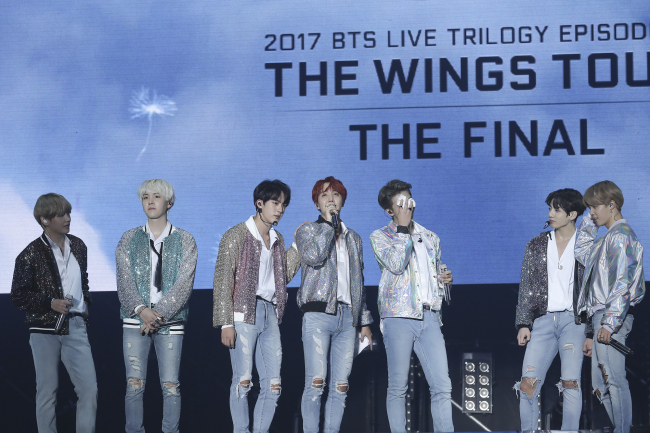 “At the time we debuted, I still remember how people mocked and hated us. All I could think of back at the time was, ‘How can I make them like us?’ And I don’t want to erase those memories. There will be pains and hardships on my way, but I won’t forget that this many people are supporting us,” said band leader RM during the group’s “2017 Live Trilogy Episode III The Wings Tour The Final” in Seoul at Gocheok Skydome on Sunday.

Amid rapturous applause, he added, “Once I thought, ‘Will I be able to perform here at Gocheok Skydome in my lifetime?’ And my answer back then was ‘No, I don’t know.’ But we made it. And you, who recognized our value, can make it too. If our music can soothe your pain and become a strength, that’s enough of a reason for our existence.”

The more than three-hour-long concert on Sunday was explosive from the beginning. After kicking off with “Mic Drop,” the group’s most recent hit that has been sweeping the world, BTS fiercely stormed around the stage with hip-hop tracks “We are Bulletproof Part 1, 2” and “Cyper Medley.” 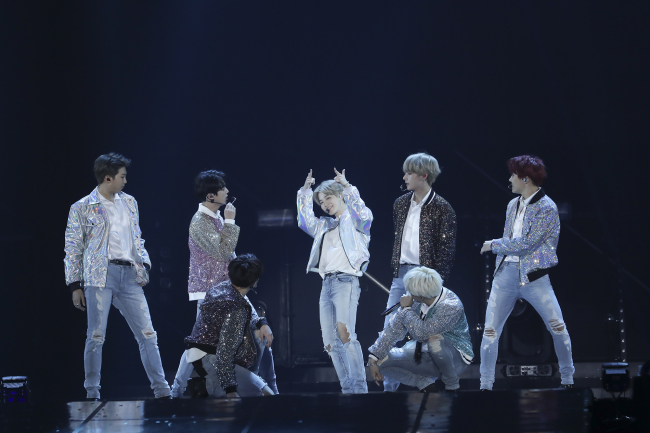 Individual members’ performances, which have always been a part of the group’s “Wings” tour, also drew loud cheers. Jungkook and Jimin performed “Begin” and “Lie,” while Suga, Jin and V slowed down the vibe with “First Love,” “Awake” and “Stigma.” Cheerful as always, J-hope jumped around the stage with upbeat “MAMA” and RM’s emotional hip-hop number “Reflection” resonated with crowds.

BTS also brought out its newest and oldest hits such as “DNA,” “Gogo,” “Save Me,” “I Need U” and blazed through a medley of its biggest hits such as “No More Dream,” “Boy In Luv,” “Danger,” “Fire” and “Run.” About 20,000 concertgoers surfed and obliged by waving their light sticks.
But the most emotional moment of the show came with “Path” and “Born Singer,” where the members finally broke into tears, looking back on their past when the future wasn’t so rosy.

Jimin also said, “I missed our fans so much. During our tours, I’ve met people I’ve never dreamed I would meet in my life, and I thought you (fans) would be proud of us. I want to say I love you and thank you.” After performing overseas for the last 10 months, J-hope said he felt like he was finally home. 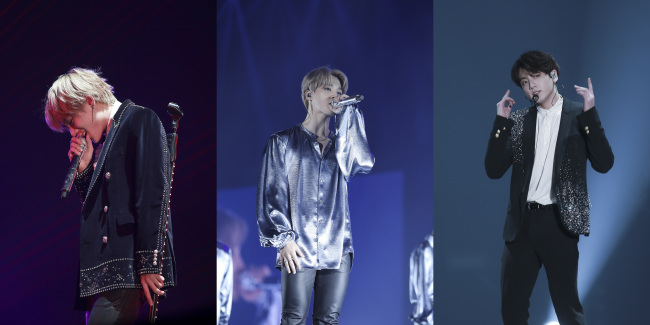 Its world tour has taken BTS to Chile, Brazil, the US, Thailand, Indonesia, Japan, Taiwan and Hong Kong. But the group said it has more in store for its global promotions with a new goal.

The history-making boy band made its US debut at the American Music Awards and appeared on high-profile TV shows such as “Jimmy Kimmel Live!” and “The Ellen Degeneres Show.” Most recently, BTS’ Japanese single “Mic Drop/DNA/Crystal Snow” claimed the No. 1 spot on Japan’s Oricon singles chart. 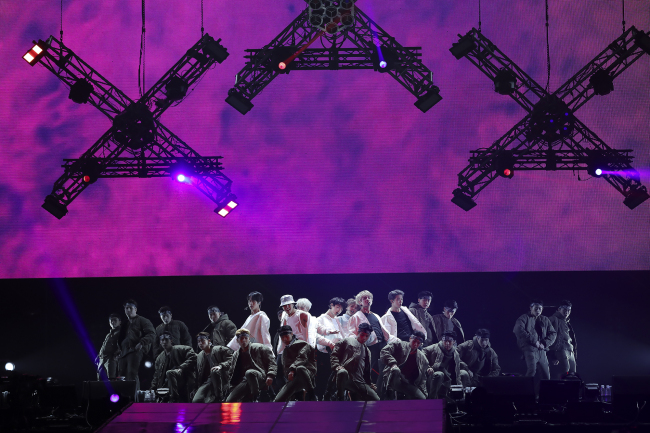 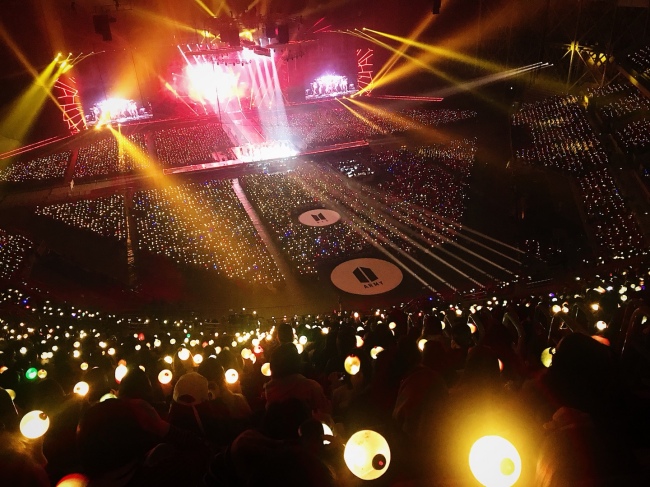 BTS said it now sees a greater responsibility to keep its pace and identity amid the whirlwind of attention.

“We didn’t imagine that we could have such a success in the first place, so we want to keep our musical identity and not be swayed by the ongoing frenzy. Our next step will be to keep calm and keep coming up with new ideas and communicating with our agency just like we did before,“ said RM.
Bang Si-hyuk, CEO of the group’s label Big Hit Entertainment, who also attended a press event on Sunday, expressed his hopes for the group to pave the way for K-pop artists making inroads into Western pop culture. He also emphasized that BTS will keep its original K-pop value.

“BTS’ performances at Billboard Music Awards and the AMAs are not one-time events. But the group singing in English with an aim to target the US pop market is not in our picture. Teaching English to our artists, signing with US labels and being loved by US fans, that’s not K-pop anymore. So BTS will keep doing what it is good at, which is talking about themselves in Korean and pursuing music based on hip-hop,” said Bang.