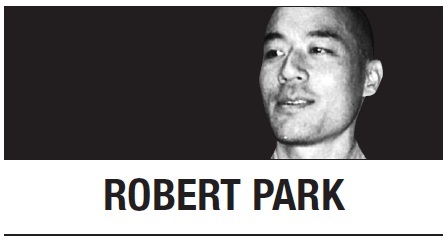 Thank you for taking the time to hear my plea for peace on the Korean Peninsula.

I was a US prisoner of the Kim Jong-il regime from December 2009 to February 2010. The sole reason why I entered North Korea via Hoeryung city on Dec. 25, 2009 was to call attention to human rights violations that have occurred against innocents in the region and to demand better conditions -- conducive to life -- for North Koreans.

On a personal level, I have been profoundly wounded and suffered loss on an incalculable and irretrievable scale as a result of these efforts to highlight the North Korean populace’s severe victimization and unjust suffering. Accordingly, I sincerely beg that whatever you decide to do in concert with South Korean authorities and the international community that none of the ordinary people of both North and South Korea will ever get hurt; Koreans have already endured and sacrificed far too much.

It’s been brought to my attention that persons who have advised you and are within your administration profess to be Christians. Please kindly be reminded that a large number of underground Christians are within North Korea. They are the most persecuted religious group in the world, according to multiple watchdogs of religious rights internationally. As I pray your team accepts upon deep reflection, it would be decidedly un-Christian to countenance indiscriminate killings of those who are among the people in the world who suffer the most.

As was recorded by a 2013 United Nations Commission of Inquiry, an estimated 200,000 to 400,000 “Christians still professing their religion secretly” despite “high risks” are in North Korea today.

Another ethical dilemma vis-a-vis military strikes would be that North Korea’s political prison camps -- where thousands of Christians are imprisoned and suffering grievously -- are near weapons of mass destruction facilities and test sites.

For instance, as was written in the above-cited UN report: “Political Prison Camp No. 16 covers about 560 square kilometres of rugged terrain in Myonggan, North Hamgyong Province. It is located in close proximity to the Punggye-ri nuclear test site. ... The GeoCoordinates for the central area of Camp 16 are 41.1849N 129.2032E.”

Furthermore, an estimated 10 million Korean families were heartbreakingly severed by the brutal realities engendered through Korea’s division. Fewer than 1 percent have been permitted to see or even hear from their missing or displaced loved ones to date. As the artificial border became fixed, whether Koreans discovered themselves in the North or the South amid the tumult and upheaval of the period was in innumerable cases but a question of chance.

The South’s President Moon Jae-in -- like a multitude of South Koreans, Korean-Americans and other Koreans worldwide -- has family in North Korea.

Therefore, it is my sincere and tearful prayer that you, Mr. President, would take into serious consideration these excruciatingly painful and unresolved tragedies, while honoring the moral imperative to determine a peaceful resolution vis-a-vis the security predicament.

We must remember Kim Jong-un disallows North Koreans all of the basic freedoms most of us take for granted. North Koreans of all classes and backgrounds are not permitted to read what they wish. Neither are they able to travel freely within their own territory. Going abroad is simply out of the question for the overwhelming majority. Punishments in retaliation for being caught with books such as the Bible, or accidentally speaking out of turn or appearing irreverent, for example, are draconian and routinely deadly. These are but a few of the reasons the whole area is often referred to as a single enormous prison.

High-level escapee Thae Yong-ho, who defected to the South last year with his immediate family, characterizes North Korea as a “gigantic slave society that exists only for the hereditary succession of the Kim family.” Although once among Kim Jong-un’s most entrusted -- having been Pyongyang’s diplomat in London for 10 years -- he bravely declared subsequent to escaping, “I am very determined to do everything possible to pull down the regime to save not only my family members but also the whole North Korean people from slavery.”

There are countless individuals -- even among North Korea’s elite and military -- who confidentially share Thae’s hunger and thirst for reform and transformation within the North today. I know this with certainty.

Here is my earnest, wholehearted and tearful plea to you, Mr. President: Please unconditionally preserve the lives of both North and South Korea’s general population. Under no circumstances -- if international laws, norms and principles professing to safeguard innocents’ most sacred right to life contain any substance -- can the loss of their lives be tolerated.

There is a thoroughly workable and peaceable solution to the North Korea crisis. It involves reaching out to the general populace of North Korea in sympathy and supporting their internal unseating of Kim Jong-un -- one individual. This procedure must be accompanied by the freeing of all political prisoners -- who are victims of crimes against humanity and possibly genocide -- which can be achieved via the mediation of those North Koreans who assume interim administrative responsibilities in the immediate aftermath of Kim’s indigenous and peaceful ouster.

Elite or senior-level defections are conspicuously rising. The South’s Ministry of Unification recently reported that this year, North Korean elites -- including party officials, diplomats, and university professors -- are defecting twice as often as in 2016. Numerous members of the North’s military have been defecting to the South as of late, as well. Countless more have died while attempting to flee.

In July, an elite-level family of five -- including a former North Korean party official, his wife, son and two daughters -- struggled courageously to defect to the South. They carried poison with them to kill themselves -- as an alternative to Kim Jong-un’s systematic cruelty -- if Chinese authorities forcibly repatriated them. Heartbreakingly, these refugees deserving of protection were apprehended en route. To avoid inhumanity and torture, all five members of this senior-level family committed suicide.

As Thae Yong-ho has emphasized, high-ranking North Koreans are in actual fact slaves and are suffering gravely also.

The overwhelming majority of North Koreans hope and yearn to be reunified with the South, to live in a gentler and more egalitarian society and to bid adieu to Kim Jong-un. Those who suggest otherwise, Mr. President, unfortunately retain an inaccurate assessment of the overall situation on the ground.

Accordingly, we must reach out to the North Korean people if a peaceable solution is veritably what we seek. The native and nonviolent ousting of Kim Jong-un is distinctly achievable.

I’ve been praying through an outpouring of tears and wholeheartedly plead for you and your administration to remember the acute suffering and unparalleled victimization of tens of millions of warm-hearted, gentle and benevolent North Koreans -- who deserve compassion and require grace -- and to please pursue a peaceable answer with regard to the security quandary.

Thank you once again for your time and attentiveness to the above concerns.

Robert Park is a founding member of the nonpartisan Worldwide Coalition to Stop Genocide in North Korea, minister, musician and former prisoner of conscience. -- Ed.