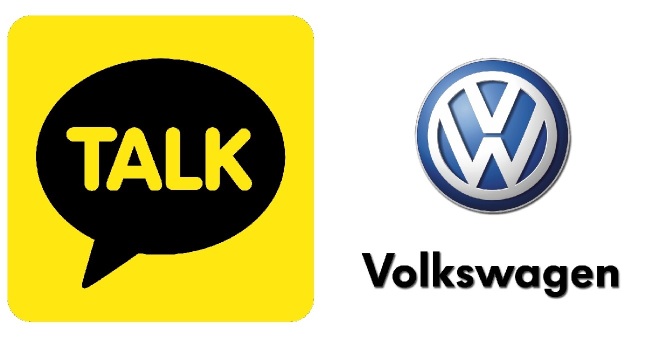 News of the private meetings were publicized via a Twitter post from Volkswagen Executive Jurgen Stackmaan, a member of the Volkswagen Passenger Cars brand in charge of sales, marketing and after-sales.

“Discussing an exciting project with Jimmy Rim, CEO of Kakao in Seoul,” Stackmann wrote on Twitter. He also tweeted that he was visiting Kakao’s head office with Jung Joo-hwan, the CEO of Kakao Mobility slated to be spun off as an independent subsidy of Kakao later this year.

During the meetings, the two companies discussed ways to best merge their services and strengths as well as advance the development of their connected car business, according to Kakao. 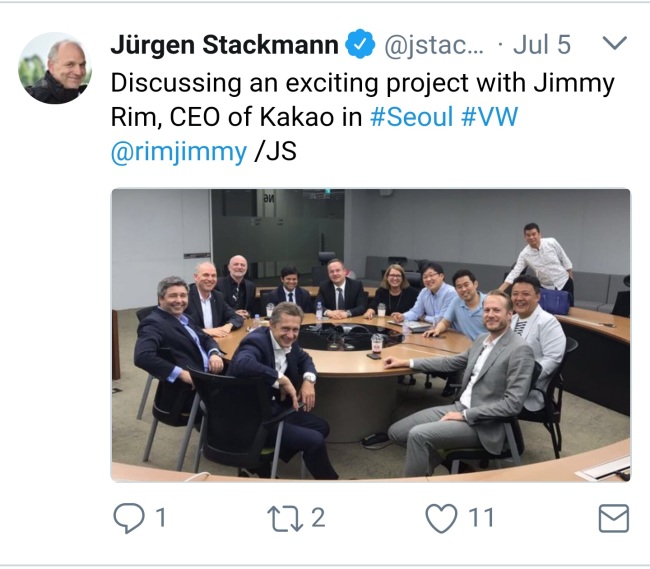 “For instance, Kakao possesses GPS-based navigation, parking and artificial intelligence-based mobility technologies, which can be applied to connected vehicles developed by Volkswagen,” a Kakao representative said.

This is not the first time that the two companies have partnered on the smart mobility services front. For instance, Volkswagen was one of the first partners to partake in the ride promotions offered by Kakao’s taxi hailing app Kakao Taxi from July last year.

Talks of the new collaborative partnership between Kakao and Volkswagen came as Kakao has been driving investment toward the development of new mobility solutions and artificial intelligence technology.

Kakao announced in May that it would spin off its taxi, chauffeur and navigation services into a new subsidiary called Kakao Mobility. The subsidiary has already secured 500 billion won ($433 million) from a consortium led by US-based private equity fund TPG.

The Korean mobile giant has also set AI development as a core priority. It set up a new business subsidiary in February called Kakao Brain, dedicated to AI technology research and development. It is actively looking to invest in AI-focused startups and nurture new professionals in the field of AI development.

Likewise, Volkswagen, alongside other global automakers, have been striking new partnerships with tech companies that possess key AI-based technologies that are integral to the development of autonomous vehicles and next-generation mobility services.

Volkswagen announced last month that it would cooperate with US chipmaker Nvidia on deep learning software central to autonomous driving technologies such as traffic flow management.