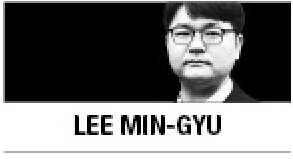 That China is taking an assertive foreign policy toward its neighbors has quickly passed the point of debate and is now a reality. Xi Jinping’s foreign policy had “Amity, Sincerity, Mutual Benefit and Inclusiveness” as its guiding principles, yet it has been quite some time since China has upheld these values in its diplomacy.

Instead, power politics have come at the forefront of almost all of its foreign relations, leading to conflict on all fronts. It is hard to say that the tragedy of great power politics was unforeseen. The lesson to be learned now is that Beijing is becoming smarter in its assertiveness. This can be observed in how China is ramping up efforts to develop logical rebuttals and rationale to combat the defiance of its counterparties.

China is beefing up its reasoning mainly by way of the “core interests” rhetoric, which is then manifested by its increased expansionist maneuvers. China claims it has derived the core interests concept in order to efficiently deploy limited resources in a timely fashion, as per the levity and priority of its national interests.

Furthermore, China claims that it is obvious that a sovereign nation will proactively seek to defend its national interests. What China is failing to admit to, and what is at the heart of the issues, is that such a feverous pursuit of China’s Core Interests is far too overarching in terms of ramifications to its neighboring countries.

For the past 10 years, most foreign policy rhetoric and behavior from China that touch upon Core Interests have shown assertive properties, as have been defined by Michael D. Swaine. First, China is continuously showing effort in officializing the core interests concept. In September 6th, 2011, the State Council Information Office of the People’s Republic of China officially defined core interests in its white paper on China’s peaceful development.

Analysis of the People’s Daily shows that while the phrase “national core interests” was published an average of seven times a year from 2004 to 2012, it was published 28 times in 2013 alone, and the average has risen to 26 times a year since 2012. Unlike during the Hu Jintao leadership, during the Xi leadership there is widespread direct and indirect citation of Xi Jinping’s core interests-related speeches. China’s academic scene also seems to be re-establishing the discourse related to China’s traditional national interests to fit to the newer core interests framework.

Second, China’s stance regarding core interest-related issues is in principle that there cannot be any compromise or yielding. In its defense of core interests, China must fight “on just grounds, to our advantage, and with restraint.” China seeks to keep in check military action by having all military action be governed and choreographed meticulously with the political, economic and diplomatic offensive.

However, China posits that is will not hesitate to use military force as a last resort, depending on the issue at hand. One major example is the assertive actions of China in the South China Sea, over defending its maritime sovereignty.

Third, China is continuously expanding the issues pertaining to core interests. One instance is how it is including major international issues. Another instance is the addition of the interest of “basic safeguards for ensuring sustainable economic and social development” to the five pre-existing core interests, by the Xi administration.

According the People’s Daily, approximately 16 issues ─ commercial secrets of large and medium sized SOEs, data sovereignty, deployment of THADD in South Korea, etc. ─ have been added as being related to core interests since 2013.

The first implication discernable from the characteristics of China’s core interests is that under the rationale of defending its core interests, China will continue to heighten its assertive power tactics in diplomacy. On top of wielding mighty economic power, China now also has found a rationale, and can no longer adhere to “hide one’s capabilities and bide one’s time” as a guiding principle for its foreign policy.

The view that its assertiveness will strengthen is reinforced by China’s lack of a leadership philosophy that can replace nationalism. There is no better rhetoric than “defending core interests” to appeal to domestic nationalist sentiments.

The next implication is that China will move farther away from democratization, which will in turn lead to increased tension with Western countries. This is because the rationale of defending core interests will augment China’s previous stance of nonintervention. China has put state sovereignty first on the list of its Core Interests.

This is a reflection of how sovereign rights take priority over human rights. Furthermore, the core interest of “China’s political system established by the Constitution and overall social stability” implies that the Communist Party’s sole rule will be sought perpetually.

The most worrisome implication might be that it will be harder for other countries to cooperate on economic issues with China. It is easy to expect hardship over cooperating with political and national security related issues as these have always been tough issues. However the inclusion of “basic safeguards for ensuring sustainable economic and social development” as a core interest increases the possibility that China will begin weighing economic cooperation with other nations in a “relative gains” standpoint to its core interests.

This may come to mean that China will go further than to merely seek a dominant role in economic cooperation, and seek to actually gain more from the cooperation. It may also mean that China will seek to leverage economic interdependence in order to defend its other core interests. Indeed, it is quite possible that these predictions have already become a reality when gleaning from China’s economic retaliation against countries, including Norway, France, the Philippines, Mongolia and South Korea, from the past 10 years.

Lee Min-gyu is a research fellow at the Future Consensus Institute, called Yeosijae in Korean, in Seoul. The views expressed here are his own. He can be reached at obscurecount@gmail.com. –Ed.