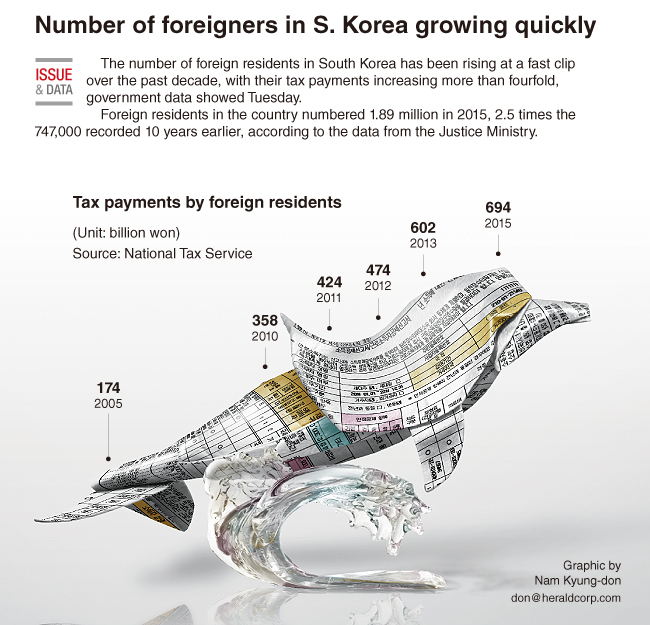 The number of foreigners residing in South Korea has been rising at a fast clip over the past decade, with their tax payments increasing more than fourfold, government data showed Tuesday.

Foreign residents in the country numbered 1.89 million in 2015, 2.5 times the 747,000 recorded 10 years earlier, according to the data from the Justice Ministry.

Income tax payments by foreign residents more than quadrupled to 694.7 billion won ($616.9 million) during the period, according to data from the National Tax Service. Foreigners working in South Korea paid an average income tax of 1.28 million won in 2015, roughly 80 percent of the tax paid by South Koreans, said Yonhap News Agency.