The US citizen was reluctant, but complied with the rule, undergoing a blood test for HIV and submitting the results to local authorities in order to get a job at a public school.

When she found out that Korean and Korean-American teachers at the school were exempted from the test despite doing the same job, she was offended.

“It perpetuates perceptions of foreigners as dirty, dangerous and impure. I think it is discriminatory and xenophobic,” said Christina, who first came to Korea in 2010 and now teaches in Gwangju.

“It also perpetuates stereotypes about HIV and the people who have it,” she told The Korea Herald. 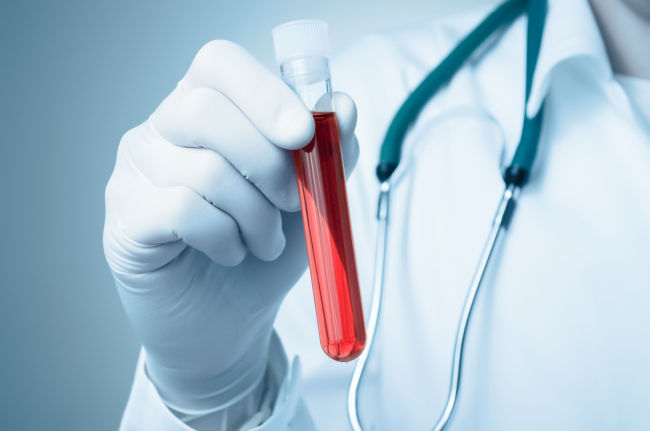 stock image (123rf)
For nearly a decade, South Korea has made it mandatory for foreigners wishing to work here to undergo blood tests for HIV, rejecting those found to be HIV-positive.

This policy, introduced in 2007 after complaints from locals over “dangerous law-breaking foreigners,” including English teachers, may come to an end soon, as the government is considering a recent recommendation by the country’s human rights panel to do away with it.

“The Justice Ministry is collecting opinions from relevant ministries such as the Ministry of Education and the Ministry of Health and Welfare to decide whether to accept the recommendation,” it said in response to an inquiry by The Korea Herald.

A recommendation of the National Human Rights Commission of Korea is not legally binding, but the government must decide whether to accept it within 90 days. In this case, the deadline is Dec. 7.

When the HIV screening for foreign language teachers was first introduced in Korea in 2007, migrant workers from Southeast Asian countries as well as those on the E-6 entertainment visa were also subject to the test.

Those applying for other types of visas -- for example, the E-1 for teaching jobs at universities, F-4 for ethnic Koreans holding foreign nationalities and F-6 for marriage migrants -- are not required to prove they are HIV-free to live and work here.

“We made health checks mandatory for some foreigners through a revision of the AIDS Prevention Act in 2007 after some crimes by foreign language instructors and illegal drug use led to social problems,” an official from the Justice Ministry said.

The Justice Ministry said it has officially lifted its general entry ban on most HIV-positive foreign nationals and eliminated mandatory testing for most visa applicants, excluding those applying for E-2 visas.

“Even if we scrap the mandatory HIV testing, many are still subject to the testing according to the AIDS Prevention Act by the health ministry or Private Institute Management Act by the Education Ministry," the official said. “And we don’t send back foreigners or don’t refuse to issue alien cards when they are proven HIV-positive."

But that is not how foreign English teachers contacted by The Korea Herald saw the situation. Foreign language instructors are perceived to be the only group subject to the mandatory blood test for HIV.

“I had to do the test in the hospital after I came to Korea. If we are checked positive for HIV, our visa is canceled and we have to leave,” said a 30-year-old Canadian, who works at an elementary school. “I have a friend who contracted HIV while in Korea and had to leave the country.”

He said that he wanted to remain anonymous over worries it would “affect” his job.

In 2009, Lisa Griffin from New Zealand, who was then an English teacher at an Ulsan-based elementary school, filed a petition to the NHRCK as well as to the UN International Committee on the Elimination of Racial Discrimination after her school refused to renew her contract over her refusal to submit an HIV test result.

The UN committee ruled last year that HIV testing of teachers on E-2 visas is racial discrimination, saying the policy is not “justified on public health or any other grounds.” The committee urged the Korean government to compensate her for moral and material damages.

In September, the NHRCK also backed the UN decision, calling it “stigmatizing” and “discriminatory.”

Concern over students’ health and safety

Proponents of the HIV test, including parents groups, cite concerns over the health and safety of students.

“We want to protect human rights and prevent discrimination. But we cannot just ignore the public’s concerns over our students’ health and safety,” said Kim Kyoung-jin, an official in charge of managing foreign teachers at the Seoul Metropolitan Office of Education.

Many Korean parents, whose zeal for their children’s education is known to be exceptionally high, are worried that the elimination of the mandatory HIV test would pose a threat to their children’s health and safety, despite transmission being impossible through the kind of contact teachers have with children.

A 49-year-old officer worker, who wanted to be identified only by her surname Park, said her children’s safety comes before the human rights of foreign teachers.

“I don’t think it is discrimination to treat foreign teachers and Korean teachers differently,” the mother of two teenagers said. “Without the HIV testing, there is no way to screen teachers from abroad and keep our children safe.”

But Lee Kyung-ja, who heads the parents’ rights group Student First, said that foreign teachers and Korean teachers alike should go through the HIV testing.

“It is worrisome that more and more young people contract HIV-AIDS these days and we don’t know where they get it from,” Lee said. “To ensure children’s health, all teachers -- whether they are foreign or local -- should prove that they are HIV-free.”

According to government data, the cumulative number of HIV and AIDS patients was 10,502 through last year, since the first case surfaced in 1985, with 92.7 percent of the patients being male. There were 1,152 newly registered cases last year, with 33.3 percent of them being in their 20s. Among them, 1,018 were Korean.

“Honestly, I would not have an issue with the HIV testing if it was universal for everyone applying for a work visa,” said Emily Young, who started to teach English at a Seoul-based high school in 2010.

“But it is unfair that the government singles out the E-2 visa holders for the testing. It should test all visas, or no visas.”

The Education Ministry is expected to wrap up reviewing the NHRCK’s recommendations this month.

But experts think the mandatory HIV testing of certain groups is not only a violation of human rights, but also ineffective at combating the disease.

“It is clear violation of the International Convention on the Elimination of All Forms of Racial Discrimination, which Korea joined in 1979 and has the same legal effect as domestic law,” said Ryu Min-hee, a lawyer from a public interest lawyers group Hope & Law.

“Different treatment is not always seen as discrimination when there are just reasons for it. But there is no justification for selective HIV testing of foreigners,” she added.

And the compulsory HIV testing of certain groups will only reinforce long-held stigmas and fear surrounding HIV and AIDS in the country, alienating and excluding people living with the disease, another expert said.

Patients living with HIV and AIDS are often subject to discrimination and have trouble accessing health care facilities, traveling and seeking employment.

“The government’s health polices for preventing HIV-AIDS come from ignorance,” said Son Moon-soo, who heads an association of HIV and AIDS patients called KNP+. “The outdated measures create the wrong perception that HIV-AIDS is a foreign disease which foreigners brought into the country.”

In 2011, Kurbanova, an Uzbekistani woman who became a Korean citizen, was denied entry into a public spa in Busan. The facility’s owner reportedly rejected her, saying she looked different from Koreans and she could have contracted AIDS.

It has become known that HIV is unlikely to be transmitted in daily life, as it is transmitted mostly through sexual contact, needles or syringe use. But fears over HIV largely persist in South Korea, with many still associating the disease with death and individual morality.

“Rather than implementing discriminatory policies against foreigners, there should be more education on safe sex and how HIV-AIDS is transmitted and prevented to fight the disease,” Son said.