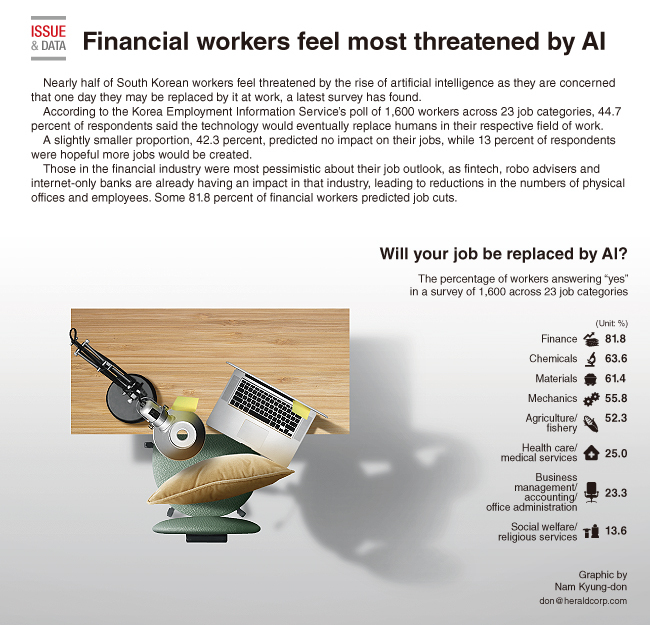 Nearly half of South Korean workers feel threatened by the rise of artificial intelligence as they are concerned that one day they may be replaced by it at work, a latest survey has found.

According to the Korea Employment Information Service’s poll of 1,600 workers across 23 job categories, 44.7 percent of respondents said the technology would eventually replace humans in their respective field of work.

A slightly smaller proportion, 42.3 percent, predicted no impact on their jobs, while 13 percent of respondents were hopeful more jobs would be created.

Those in the financial industry were most pessimistic about their job outlook, as fintech, robo advisors and internet-only banks are already having an impact in that industry, leading to reductions in the numbers of physical offices and employees. Some 81.8 percent of financial workers predicted job cuts.

The survey also showed that over 60 percent of workers in the chemical and materials industries feel that way, while those in social welfare and religious services were least concerned about the prospect of their jobs being replaced by technology, with only 13.6 percent viewing it as likely.