The global water market is forecast to grow to as much as $800 billion by 2025, as rapid economic growth, rising population and industrialization in emerging economies are expected to boost demand for clean water. 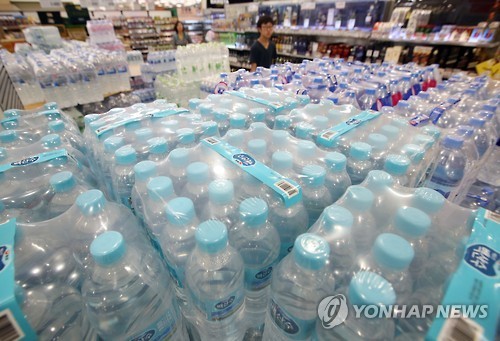 The Ministry of Science, ICT and Future Planning said the government will pour 22.5 billion won from 2017 to 2022 to run a pilot program aimed at differentiating Korean water brands from global rivals through various research and development efforts.

The R&D efforts will be focused on scientifically proving the beneficial effects and ingredients of Korean water, ministry officials said.

Water shortage has become a global problem as populations soar with some industry experts forecasting that future wars will be conducted over water rights and ownership.

"It is the situation that we have lacked proper R&D in water,"

Lee Chang-yoon, an ICT ministry official, told reporters. "The government plans to secure detailed and scientific data about water to use it for various industries."

The ministry said it will first conduct basic studies into water to obtain scientific data to define "good water."

The government will then conduct geological studies by joining hands with other firms wishing to expand their water business portfolios, officials said.

Following the basic studies, the government said it seeks to establish a water brand that could become a global brand like Evian of France.

Also, the government said it plans to conduct in-depth studies using water for other industries, such as making traditional foods with such water.

The ministry said the water can be used by provincial governments for various tourism items by promoting water products and hot springs, officials said.

"The government hopes that local water brands from Jeju and PyeongChang could become as famous as Evian and promote South Korea as a global brand," Lee said.

Samdasu is the No. 1 water brand based on the southern resort island of Jeju. (Yonhap)