Despite being born with a silver spoon, AmorePacific chief has proven himself as an entrepreneurship, but faces growing risks from the China market and hallyu’s limits

In the Korean corporate world, 2015 was the year of AmorePacific Group chairman Suh Kyung-bae.

The cosmetics company celebrated its 70th anniversary that year and the second-generation leader of the conglomerate had managed to transform the initially domestic-focused firm into a cosmetics powerhouse in Asia, cashing in on consumers’ desire for beauty to reap growth of more than 20 percent a year.

As of July, AmorePacific is the sixth largest company in South Korea in terms of market capitalization, more valuable than Samsung Construction and Trading, a de facto holding company of Samsung Group, which ranked two places behind. 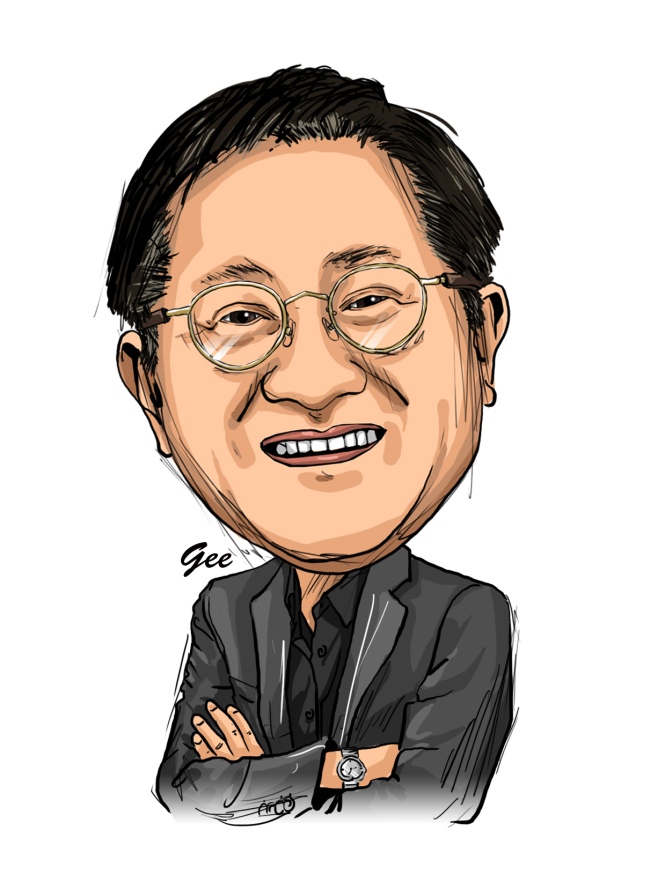 On the back of the company’s growth, Suh became the second richest man in South Korea, after Samsung chairman Lee Kun-hee. He was named Businessman of the Year by Forbes Asia, soon after his company was ranked 28th on the list of the world’s 100 most innovative companies published by the same magazine.

Another highlight of the year for him was the prestigious Gold Tower Order of Industrial Service Merit awarded by President Park Geun-hye in December.

The reason behind the award was that he had made a major breakthrough in the nation’s export growth that had been fettered by sluggish performance in the electronics and auto sectors.

“Cosmetics (which was) considered as a domestic and declining industry in the past has become (one of the) export vehicles that produces trade surpluses,” said Suh at the time.

“I believe that AmorePacific has achieved globalization of Korean cosmetics based on its potential capability (to be marketed) as ‘Asian Beauty.’”

“Compared to Samsung which produces around 350 trillion a year ($305 billion), AmorePacific generates a mere 5 trillion won. That is small in size, but the company has done a lot that cannot be calculated in numbers,” said Jeong Seon-sub, the head of Chaebul.com, a conglomerate-tracking research firm in Seoul.

“Chairman Suh and his company have played a crucial role in promoting Korea’s national brand image. This is what other second- and third-generations of chaebol families should look up to.”

In less than 20 years, Suh rose as a top entrepreneur and made significant contributions to the globalization of Korean beauty products.

He was, however, not a chosen heir in the conglomerate in the beginning.

In 1997, he took over the cosmetic business from his father Suh Sung-whan, while his elder brother Suh Young-bae inherited the bigger portion of major affiliates, including finance, construction and metal businesses.

The country was suffering from the Asian financial crisis at the time.

Suh undertook massive restructuring in the business by selling its non-cosmetic portions including a professional baseball team, fashion and IT unit, to focus on what the company was created for -- cosmetics. 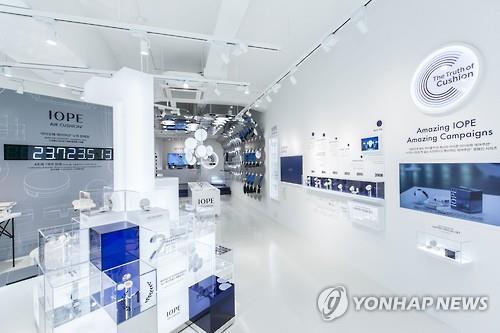 The roots of AmorePacific go back to the early 20th century when Suh’s grandmother sold camellia hair oil made in her kitchen.

Suh’s father, a modern merchant in post-war Korea, established the Pacific Chemical Industries and reaped huge success in the cosmetics business thanks to its near dominant market status that was maintained until 1986 when the Korean government began to permit imports of foreign cosmetics products.

In the ’90s, PCI’s market share dropped to below 20 percent as foreign products were flooding the local market.

According to reports, he was told by his father to save the ailing cosmetic business. As a graduate of Cornell University with a MBA, Suh joined his father’s company in 1987 as a manager at the firm’s chemical unit. His quest to create a global cosmetics brand started there.

Under Suh, AmorePacific has become the world’s 15th largest skin-care products maker by market share, according to Women’s Daily Wear.

In 2015, AmorePacific Group’s total sales rose 20 percent to a record 5.6 trillion won, eight times higher than 1997 when Suh first took over the firm.

Market analysts say that Suh’s success is different from what has been seen in other conglomerates.

In order to break the hierarchal structure of the company, Suh urged his employees to call each other without titles, using names instead

As the chairman, Suh is addressed as Suh Kyung-bae “nim,” with the added Korean suffix to show respect.

The chairman is also known as a man who even tests out cosmetics himself -- an act that is still regarded as taboo for conservative Korean men, particularly those around his age.

The chairman tries almost every product -- from lipsticks to manicure sets -- before they are released into the market. However, the exception is mascara, citing difficulties doing so as a man, according to an AmorePacific official.

While the second-generation leaders of chaebol are often stuck with issues of ownership transfer, Suh is free from such problems.

Suh, 53, owns 56 percent of the AmorePacific Group, the holding company, and another 11 percent in Amorepacific Corp., an anchor of the group.

When asked about transferring control of the group in the future, Suh has said that there is still a long way to go and that he is still young. His eldest daughter, Min-jung, has reportedly completed an internship at Bain & Company’s Seoul office, after graduating from Cornell University in 2015.

“Based on the solid business structure that his father built, Suh ventured into the market with creative entrepreneurship,” said Jeong of chaebul.com.

“He is a chaebol but gives the rare impression of a self-made man and a successful owner of a venture firm,” he added.

Despite its claims of being a global brand, AmorePacific is heavily dependent on the China market.

Sales have been growing over 30 percent a year since 2002 when it entered the neighboring market, said a public relations representative, declining to give an exact figure.

The Korean company has made 1.25 trillion won from its overseas business. According to market watchers, quoting government figures, AmorePacific may have generated more than 50 percent of its overseas revenue from China and Hong Kong.

Its high dependency on China, however, can be a double-edged sword.

“The risk of being highly dependent on the China market is too high. China is definitely not an easy market. Things can quickly go bad,” he said referring to the impact of Korea deploying an advanced-missile defense system on AmorePacific’s stock prices.

On the day South Korea made a joint announcement with the U.S. to deploy the Terminal High Altitude Area Defense system in the country, AmorePacific’s stock price dropped over 4 percent, losing more than 1 trillion won in a day.

Experts pointed out China’s strong opposition toward the joint military strategy, saying it is expected to further heighten geopolitical risks and could possibly hurt public sentiment there.

Local cosmetics makers and duty-free shops are on alert as they worry about losing the Chinese market and consumers who account for a growing portion of their revenues, according to The Investor, quoting market insiders.

Hallyu is another risk for AmorePacific, Park said, noting that the popularity of Korean pop culture will not last forever.

“I am sure Suh will be thinking about what is the next step he should take in order to create a global identity for AmorePacific -- something that has no link with the Korean wave,” said Park.

Suh last year said he would target cities with populations of over 10 million, including cities in the Middle East and Latin America.

Foreign experts, however, said that he will have to figure out a way to bridge varying concepts of beauty across countries.

“Suh Kyung-bae, the president and CEO of AmorePacific, was an ardent globalizer. ... But he also realized that this broad vision still left aspects of AmorePacific’s international strategy in question,” writes professor Pankai Ghemawat in a joint study published for Harvard Business School, referring to Suh’s vision proclaimed in 2004.

“He reflected on how AmorePacific could ensure that as a global company, it amounted to more than the sum of its country parts -- a challenge compounded by deep differences across countries.”


The Korea Herald and The Investor publish a series of in-depth articles analyzing rising business tycoons and their company’s governance structure. This is the fifth installment on Suh Kyung-bae and AmorePacific Group. -- Ed.