“The second-quarter revenue and operating profit will come in at 51.3 trillion won and 8 trillion won, respectively, beating market estimates,” said Lee Jae-yoon, an analyst from Yuanta Securities, adding that the firm’s IT and mobile communications business unit and consumer electronics business unit would show an improved sales performance in the quarter. 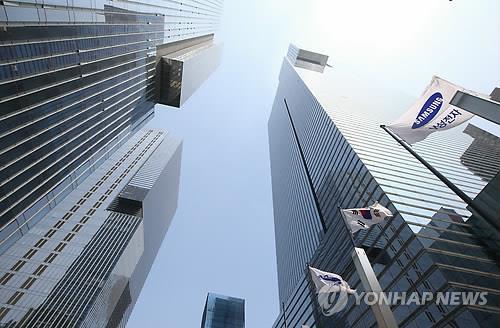 Samsung earned 49.8 trillion won in sales, with its operating profit at 6.7 trillion won.

The earnings improvement was attributed to robust sales of the Galaxy S7 and memory chips. The consumer electronics business is said to have gained momentum for improved profit margin from the previous quarter.

The profit margin of the consumer electronics business unit in the first quarter stood at 4.8 percent, up from 2.7 percent in the last quarter in 2015.

Other market researchers also painted a rosy picture of Samsung’s earnings in the second quarter.

Mirae Asset and Kyobo Securities expect the tech giant’s second quarter revenue to be within the range of 7.5 trillion won to 7.9 trillion won.