The reason why they look different is because their manufacturing processes are different. 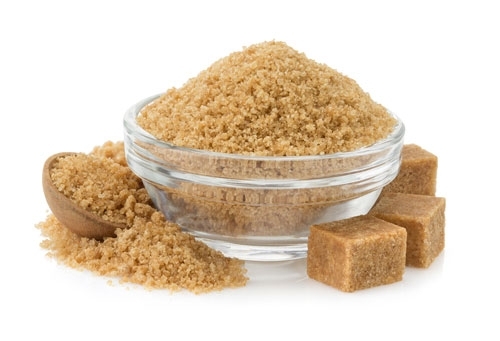 After the extracting juice from sugar cane, the original sugar soup is heated, filtered and refined in a multistep process. The purified syrup is then concentrated and crystallized to become white refined sugar.

The recipe for light brown sugar involves adding molasses to white sugar and reheating them together. Dark brown sugar is made by mixing caramelized syrup into brown sugar. Therefore, despite their “raw” image, colored sugar varieties are actually more processed than white sugar. And they cost more too.

A 1 kg pack of Baeksul White Sugar by CJ Cheiljedang, for instance, is priced at 1,130 won while its light brown sugar and dark brown sugar brands cost 1,740 won and 2,400 won, respectively.

The three differ slightly in their nutritional profiles. White sugar is denser than the other two but has no minerals in it, as the molasses content is removed from the sugar syrup. Brown sugar that has reintroduced molasses contains minerals including calcium, potassium, iron and magnesium. But the minerals in brown sugar are of little real benefit to health as their proportions are so small.

However, white sugar may be better if one plans on reducing calorie intake, experts say.

White sugar is the sweetest as it is denser than the other two varieties. Therefore, if compared against the same weight of brown of white sugar, it will be sweeter.

Some believe that colored sugar may have been invented as a marketing tool to lure customers who worry about the effects of having too much white sugar.

But industry insiders said that the reason for producing various types of sugar was due to their difference in taste.

“White sugar can be used for almost every dish, but brown sugar can add more flavor and color to food. Dark brown sugar has a deeper flavor that is good for food with spices,” an official of a food company said.