By rebuilding a mini-brewery -- Slow City Brewery & Pub -- just like those a century ago, the producer of a range of distilled and fermented Korean beverages seeks to revive the country’s home-brewed alcoholic beverage culture with a modern touch.

“We created this urban brew pub as a means to provide customers with fresh makgeolli made directly by us. A pub that they can enjoy drinking with trust,” said Kim Ki-moon, brewery manager of the Center One branch in Jung-gu, central Seoul, a district densely packed with office buildings.

Makgeolli, the country’s oldest agrarian spirit made from fermented rice, used to control over half of the Korean liquor market share in its heyday in the 1970s and 1980s. Now it accounts for less than 5 percent of Korea’s total liquor market of 7.5 trillion won ($6.5 billion), as more consumers opt for cheaper soju and trendy new beer labels.

The junior Bae has been focusing on restoring the home brewing culture that cannot be recreated in a factory and at its core is about the close relationship between the maker and consumer of alcoholic beverages.

According to Kim, the branch’s brewery produces 950 liters of Slow City Makgeolli a week, made using only rice, malt, yeast and water, with no artificial flavors.

“We had to go through quite complicated procedures to get approval from authorities for the brew pub as it’s the first time in the city to run a (makgeolli) pub and brewery at the same place,” Jang Yun-seok, a spokesperson of Baesangmyun Brewery said.

“But it seems the effort has paid off as a growing number of people visit the stores to try the freshness of makgeolli,” he added.

Founded in 1996, Baesangmyun Brewery has been branding itself as “a company dedicated to the culture of alcoholic beverages.” 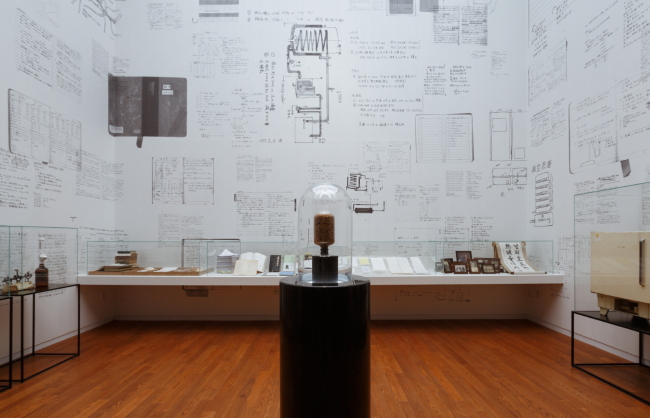 Sansawon is another of the company’s efforts to preserve and showcase a rich heritage of fermentation with thousands of family recipes passed from generation to generation.

According to the company, more than 50,000 people have visited Sansawon each year since it opened in 2009.

"Sansawon has become a tourist attraction in Pocheon, where visitors can learn more about traditional brewing culture and make their own liquor in a natural environment,” Jang said.