The amount is about 100 times higher than the 100 million won the e-commerce firm demanded in the case’s initial filing in 2014.

“Coupang took this legal action in hopes of preventing unfair competition in the future and sending a warning to those who choose to partake in such behavior,” said a Coupang official. “The increased figures hold more symbolic value than monetary gains for the company.”

WeMakePrice declined to comment on the grounds that “it may be inappropriate for the company to make an official statement on a situation that is still ongoing.” 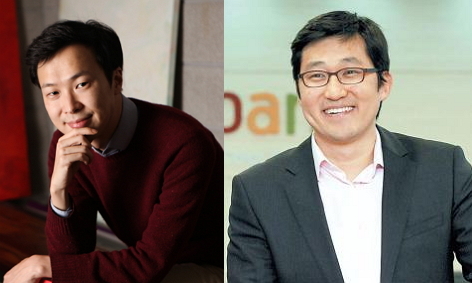 On top of directly criticizing Coupang’s prices as being “too high,” the ad included statements such as “Even Ji-hyun and Beom-seok know the best prices are at WeMakePrice,” referring to Coupang CEO and founder Kim Beom-seok and the company’s leading model and actress Jun.

In December 2013, the Fair Trade Commission ordered for the ad to be pulled, given the “exaggerated and defamatory nature of its content.”

Soon after, Coupang filed a defamation suit against WeMakePrice, asserting that the ad had tarnished the company’s image and disrespected its CEO.

Though Coupang’s initial lawsuit began with stated damages of 100 million won, industry watchers had expected that the figure would rise to billions as the trial progressed.

Given the legal battle has significantly expanded, industry watchers said they do not expect a compromise to be reached any time soon.

Meanwhile, criticism has risen over whether the nation’s top three social commerce firms, including Ticket Monster, which began emerging in 2010, have been overly focused on beating their competitors through aggressive marketing tactics, rather than drawing up measures to address their continually rising operating losses.

In 2014, all three firms saw operating losses increase, despite higher revenue across the board. Coupang recorded losses of 121.5 billion won last year, alongside WeMakePrice at 29 billion won and Ticket Monster at 24.6 billion won.

Coupang claimed the loss was brought on by a large-scale investment into logistics and delivery services, stating that “the loss rate (34.9 percent) was largely predicted” and is considered “a moderate figure among ecommerce companies in their early phases.”