The interior of the store was arranged like an actual house, with the spaces filled with items ranging from wardrobes and beds to smaller products such as vases, coasters and lamps. 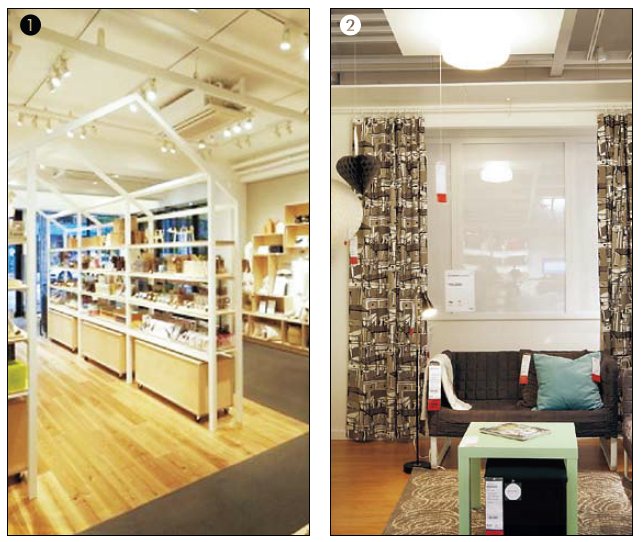 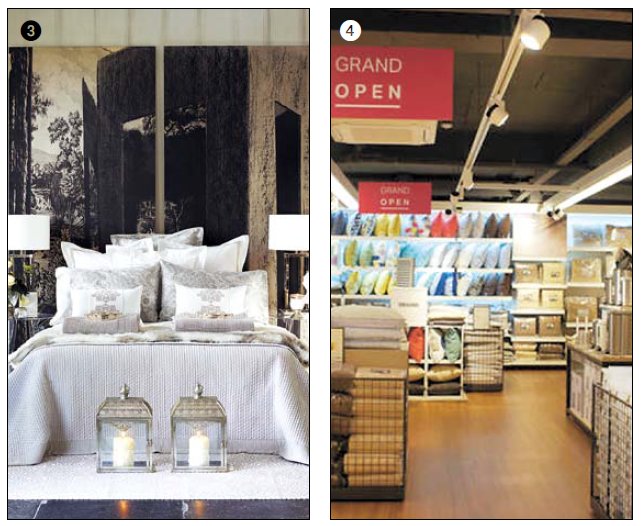 Choi was impressed with the design and function of the stools. But what she really liked was how the stools were arranged with other furniture in the showroom, giving her plenty of room to imagine how they would fit in with other decorations.

“I guess it was the whole atmosphere speaking to me that I ended up buying bedside lamps and dish racks as well as the stools. Besides, they were quite cheap ― the stools were about 10,000 won ($9.20) each,” she said.

The Hanssem Flag Store is one of six outlets by the Korean furniture maker Hanssem aimed at “fitting into the new lifestyle of Koreans.”

By analyzing 10,000 couples, the company suggested 20 room settings based on different lifestyle categories ― whether they have children, whether they prefer sitting on the floor, what kinds of hobbies they have, and others.

“We now sell lifestyle, instead of selling several pieces of furniture. It is important for the customers to share their lifestyle with us,” a Hanssem spokeswoman said.

Six Hanssem Flag stores have generated 200 billion won in sales in 2014, up 20 percent from the year before. The company is planning to open another outlet in Busan.

Like Hanssem, more and more furniture-makers are expanding their territories to a vast array of household goods, proclaiming themselves as “total living brands.”

Local retailer Shinsegae has launched JAJU. Inspired by the organic and healthy lifestyle, products such as Eucalyptus-scented hand soaps to small coffee tables for those who sit on the floor fill its 130 outlets, including the flagship store at Garosugil in southern Seoul and the others inside Shinsegae’s discount store E-Mart.

Fashion-oriented E-Land Group has also jumped into the fray, launching the “Butter” which targets the 20- and 30-something trendy consumers. Other companies such as Hyundai Livart and Enex are also reportedly thinking about joining the market.

The shift was an apparent countermeasure against global home furnishing giants such as H&M, Zara and Ikea, which all entered the Korean market last year amid much anticipation.

“All items sold at Zara Home store in Seoul are the same as those sold in other parts of the world. They reflect the global trend in real time,” Zara Home said in a press release.

The big, global player that shook up the market, however, was Ikea, which opened the first store in 2014 in Gwangmyeong, Gyeonggi Province. The 59,000-square-meter store is filled with 8,600 products furnished at a total of 65 showrooms decorated like real houses. Of the 8,600 products, half are classified as non-furniture items. More than 2.2 million people visited the store in less than 100 days.

“Ikea has opened Koreans’ eyes to a new level of home furnishing. While many people thought of buying furniture, wallpaper and big pieces when it comes to home furnishing, Ikea suggested a cheaper but exciting and enjoyable way of beautifying your house by offering colorful, neat and trendy curtains, lighting or just a set of cutlery. This trend cannot go wrong,” said professor Yoon Sung-ho at Kookmin University.

The domestic home furnishing market is expected to grow to around 18 trillion won ($17.8 billion) by 2023 from 10 trillion won last year.

“Before, there was a clear line between furniture companies, linen companies and household goods companies but now, crossover is the new trend. As long as customers rave about fashionable home furnishings, companies will strive to grab this still-budding market,” a home furnishing company insider said.