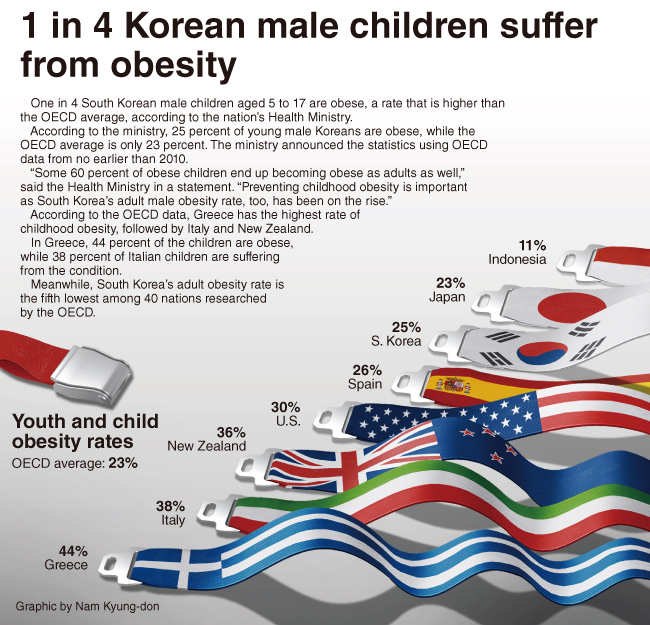 One in four South Korean male children aged 5 to 17 are obese, a rate that is higher than the OECD average, according to the nation’s Health Ministry.

According to the ministry, 25 percent of young male Koreans are obese, compared to the OECD average of 23 percent.

The ministry announced the statistics using Organization of Economic Cooperation and Development data from no earlier than 2010.

“Some 60 percent of obese children end up becoming obese as adults as well,” said the Health Ministry in a statement. “Preventing childhood obesity is important as South Korea’s adult male obesity rate, too, has been on the rise.”

According to the OECD data, Greece has the highest rate of childhood obesity, followed by Italy and New Zealand.

In Greece, 44 percent of boys are obese, while 38 percent of Italian boys are suffering from the condition.

Meanwhile, South Korea’s adult obesity rate is the fifth lowest among 40 nations researched by the OECD.