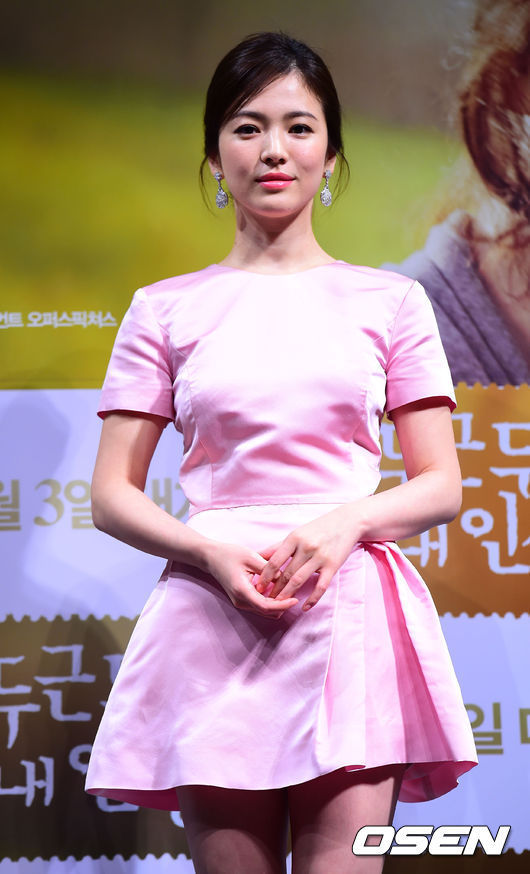 South Korean actress Song Hye-kyo on Tuesday apologized for committing tax evasion, stating in a news release that she “deeply regrets mishandling her tax affairs due to ignorance.”

Song said that she had not been aware that her accountant had underreported her income taxes until the tax authority told her in 2012 that it could not acknowledge them due to a lack of documents on tax-deductible expenses.

Through her accountant, the actress reported 5.5 billion won ($5.4 million), or 92.3 percent, of 5.95 billion won as tax-deductible expenses without presenting the related expense documents when she filed her income taxes for three years, from 2009-2011.

Song paid all the omitted taxes in 2012.

Song’s tax evasion was first brought to light on Monday, when she was mentioned as top actress “S” during the confirmation hearing for National Tax Service chief-designate Lim Hwan-soo. Rep. Park Beom-kye of the main opposition New Politics Alliance for Democracy pointed out that the tax authorities had started a probe into the income taxes of actress “S” for the past three years, not the normal five, when they found out in 2012 that she had evaded taxes.

In response, Lim stated, “I am aware that the matter was already settled by collecting the fees.”

“The related tax officials have been referred to the disciplinary committee,” said Lim.

Later that day, online speculation was fueled on the identity of the top actress “S.” The local newspaper DongA Ilbo on Tuesday morning revealed it was Song Hye-kyo.

The controversy was renewed when it become known that Song was selected as the “Exemplary Taxpayer” by her district tax office in Samseong-dong, Seoul, in 2009. The honor allows the recipient to defer a tax probe for two years as a benefit. Accordingly, Song was exempted from a probe for two years after paying her income tax in 2009.

Though Song has apologized, the scandal has led to a public uproar, which is expected to hurt her clean-cut reputation and affect her upcoming movie premiere of “My Brilliant Life.”