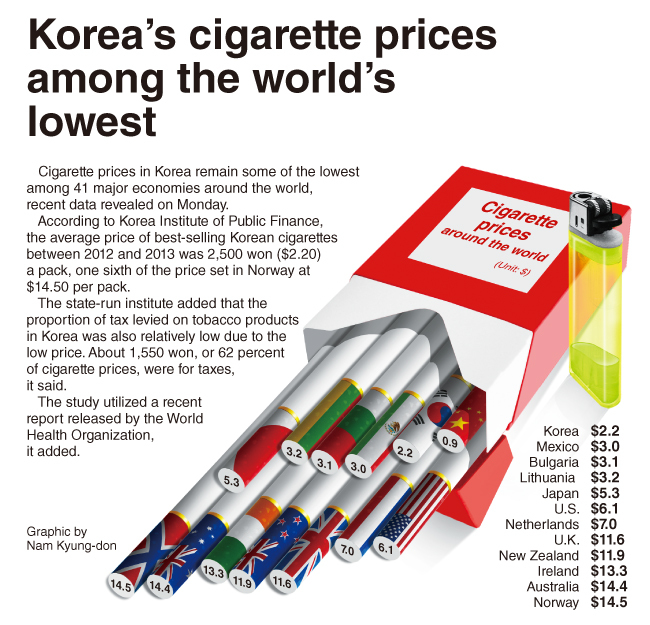 Cigarette prices in Korea remain some of the lowest among 41 major economies around the world, recent data revealed on Monday.

The state-run institute added that the proportion of tax levied on tobacco products in Korea was also relatively low. About 1,550 won, or 62 percent of cigarette prices, were for taxes, it said.

The study utilized a recent report released by the World Health Organization, it added.