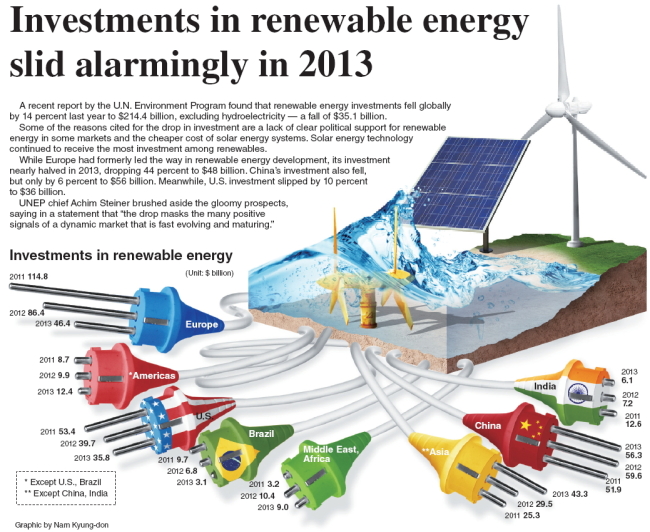 Some of the reasons cited for the drop in investment are a lack of clear political support for renewable energy in some markets and the cheaper cost of solar energy systems. Solar energy technology continued to receive the most investment among renewables.

UNEP chief Achim Steiner brushed aside the gloomy prospects, saying in a statement that “the drop masks the many positive signals of a dynamic market that is fast evolving and maturing.”