Sotnikova has no interest in judging controversy

Adelina Sotnikova of Russia, the controversial gold medalist at the Sochi Olympics, said that she had no interest in Koreans’ furious reactions toward her over “home-cooked judging.” 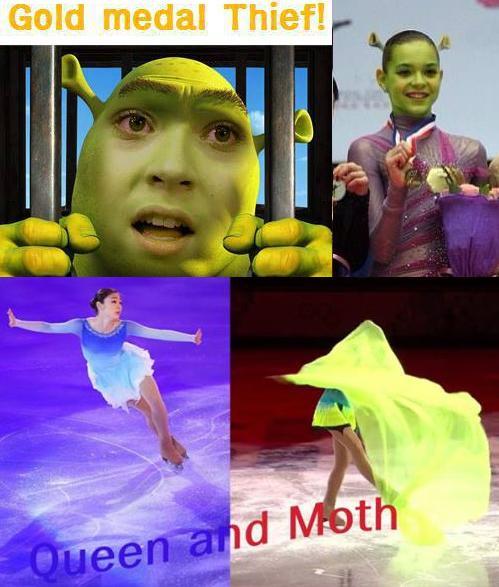 “I don’t know since when everything started to be messed up. I was so shocked about Koreans’ reactions,” the Olympic champion told Sovsport.ru.

Since she won gold in the ladies’ figure skating competition, Sotnikova’s official Facebook page has been plastered with angry comments from fans of South Korean skater Kim Yu-na. They question “flawed judging” that they believe robbed the former Olympic champion of the gold.

Some extreme netizens took a step further to ridicule the embattled Olympic champion by posting photoshopped pictures of her standing in second on the podium or merged with the Shrek’s face.

Sotnikova, however, does not seem to care about the extreme acts of the anti-fans.  “I did not respond (to Koreans). I hope they know that I am not interested (in the controversy),” she was quoted as saying.

The Winter Games ended five days ago, but the controversy lingers over who deserved the gold in women‘s figure skating.

An online petition challenging the result was set up at Change.org shortly after the event and a Russian citizen, in response, launched another petition demanding an apology from Koreans for insulting Sotnikova on Monday.

The judging triggered uproar after Kim failed to defend her Olympic crown despite a faultless program, whereas Sotnikova won gold despite a mistake on her jump.

A slew of experts and foreign news reports claimed the Russian skaters benefited from the home crowd and unfairly generous judging.