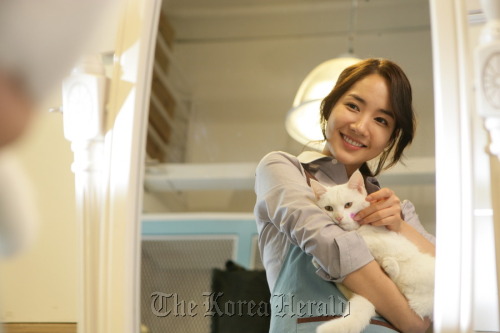 Horror. Directed by Byeon Seung-wook. So-yeon (Park Min-young), a young woman who works at a pet shop, suffers from claustrophobia stemming from a traumatic childhood experience. One day, the owner of a beautiful cat named Bi-dan, who often visits So-yeon’s shop, is found dead in an elevator. So-yeon takes Bi-dan, found next to her dead owner’s body, to her place and starts to take care of her. As she begins to live with the cat, So-yeon starts to get nightmares and repeatedly sees an eerie image of a mysterious little girl. Her psychiatrist tells So-yeon that the nightmares are a rather promising sign that she’s finally confronting her childhood trauma. So So-yeon tries to stay positive -- until another friend of hers, Bo-hee, is discovered dead. 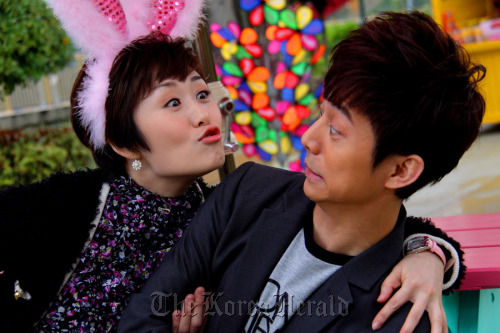 Comedy. Romance. Directed by Joe Ma. Sang-jin (Lynn Hung), who just broke up with her boyfriend, takes a trip to a city she’s never been to before. There, she meets a guy named Geon-woo (Leon Jay Williams), who was also recently told by his girlfriend that she no longer wants to be in the relationship. Not being able to get over his ex, Geon-woo has even tried to commit suicide but failed. Feeling sorry for Geon-woo who is going through what she’s going through, Sang-jin suggests Geon-woo do something fun and asks him if he’d stay in her hometown for a while. This movie is a Chinese adaptation of a 2001 Korean film of the same title. 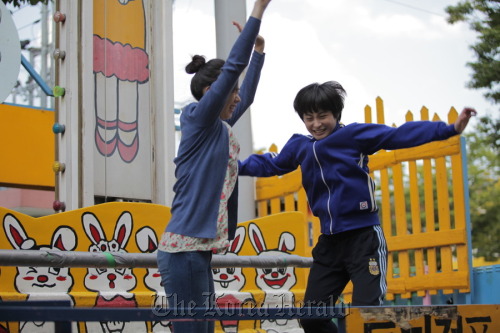 Drama. Directed by Yoon Seong-ho. Won-sik (Na Soo-yoon), a young man whose girlfriend Woo-jeong (Park Hee-bon) wants to break up with him, asks her for a month to prove his worth. Knowing Woo-jeong wants to see something “big, high and confident” in him, Won-sik desperately tries to think of something to impress her and save their relationship. One day, he gets a random suggestion from a track and field coach named Jeon Young-rok (Park Hyuk-gwon) to try pole vaulting and eventually participate in a competition. Won-sik is not really interested at first, but soon realizes pole vaulting can actually be something “big, high and confident.”

Animation. Directed by Ahn Jae-hoon, Han Hye-jin. I-rang (Park Shin-hye), a high school runner who has never lost a race, deliberately falls to the ground when she realizes she is being outrun by another student. After the race, I-rang quits running -- which she considers the only thing she is good at -- as she is too scared of losing her future races. She will not change her mind even when her coach tries to persuade her not to give up. Meanwhile, a new student from Seoul, Soo-min (Oh Yeon-seo) joins I-rang’s class. Mature, pretty and confident, Soo-min soon gets all the attention from the boys. Looking at Soo-min and her charms, I-rang starts to feel even more insecure, both about her looks and abilities. 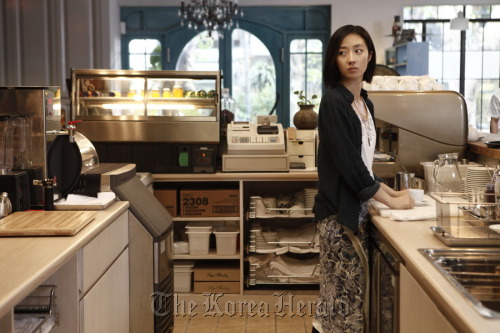 Drama. Romance. Directed by Hsiao Ya-chuan. A young woman Doris (Guai Lun-mei) opens a cozy and spacious cafe with her sister, Josie (Zaizai Lin). The sisters ask their guests to bring gifts to the cafe’s opening, and soon the place is filled with various items. After giving some thought to what to do with the gifts, Josie and Doris decide to let their customers freely trade their goods with each other, while they will only sell drinks and snacks. Soon, the sisters’ “trade” becomes a huge success, and their cafe becomes one of the hot spots in Taipei. One day, Doris receives a visit from a man who is carrying a set of 35 soaps. She begins to fall for him as he tells her a total of 35 stories of the 35 cities where each soap was purchased.