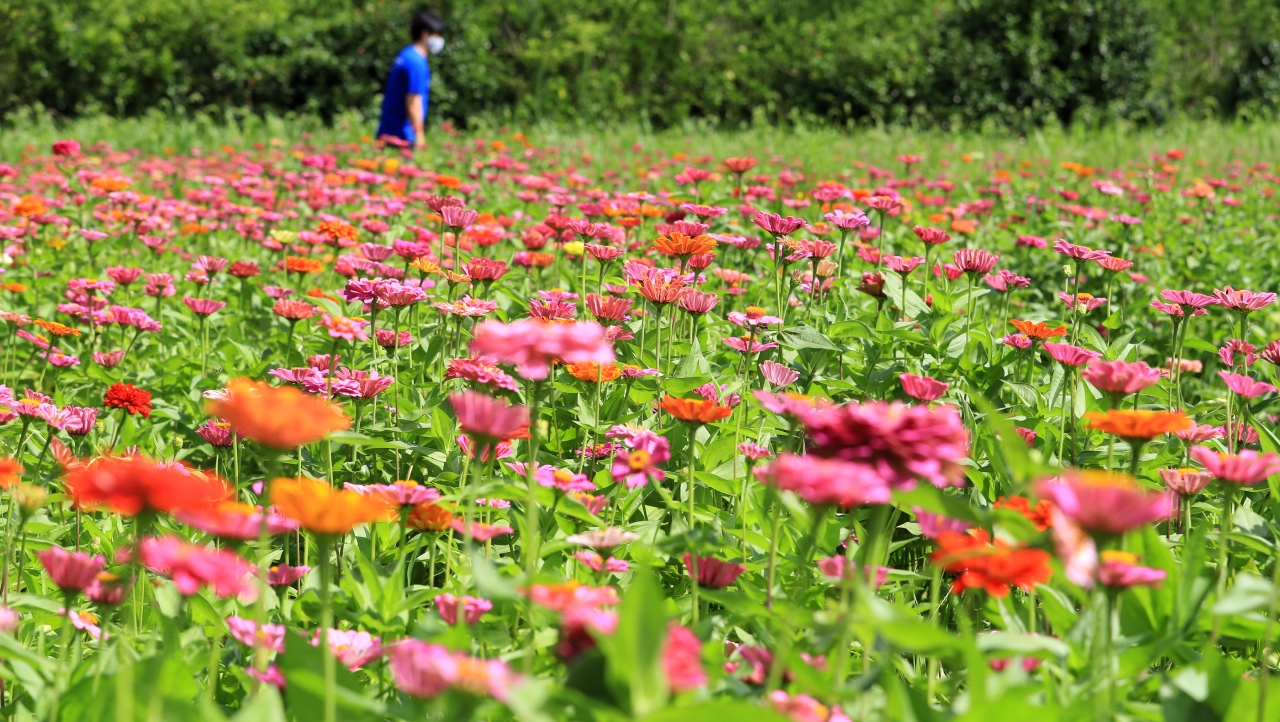 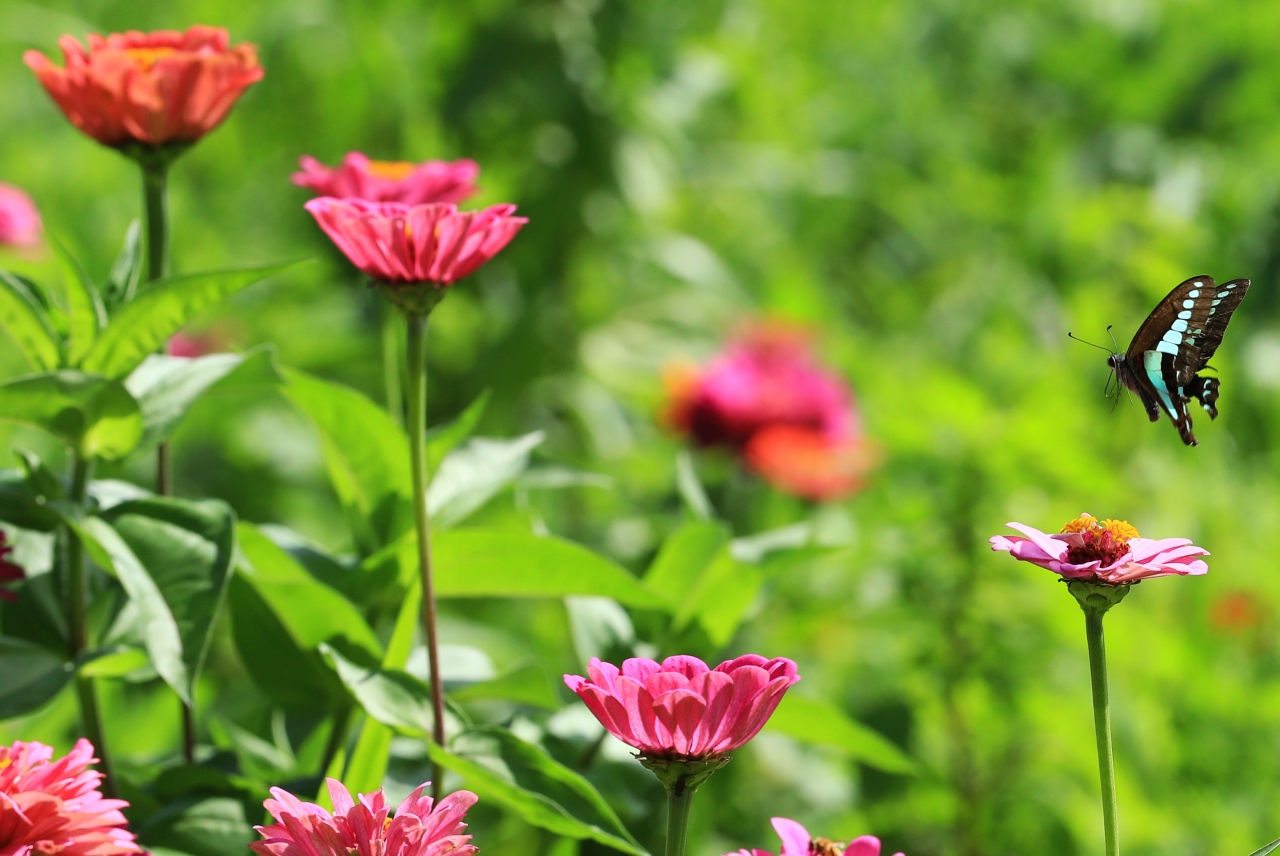 Zinnia blossoms are capturing the hearts of visitors at the historic site in Aewol-eup on Jeju Island where 13th-century Korean resistance fighters struggled as hard as they could against Mongolian invaders. Though they were ultimately defeated, the Koreans never gave up. 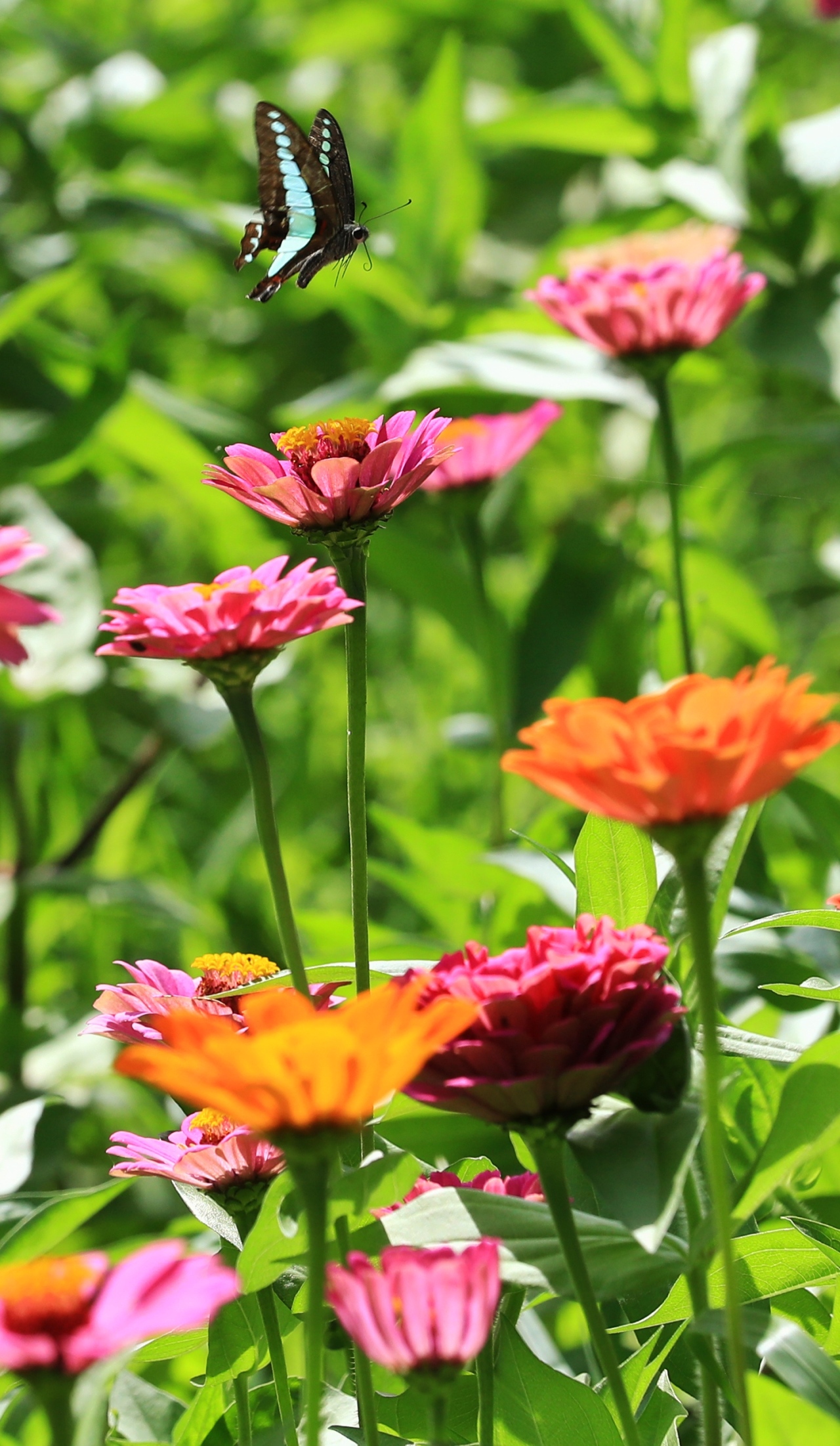 Zinnia elegans, well known for their colorful red, pink and orange flowers, start blooming between June and October. The Korean name of the plant, “baek-il hong,” refers to red flowers that stay in bloom for 100 days. 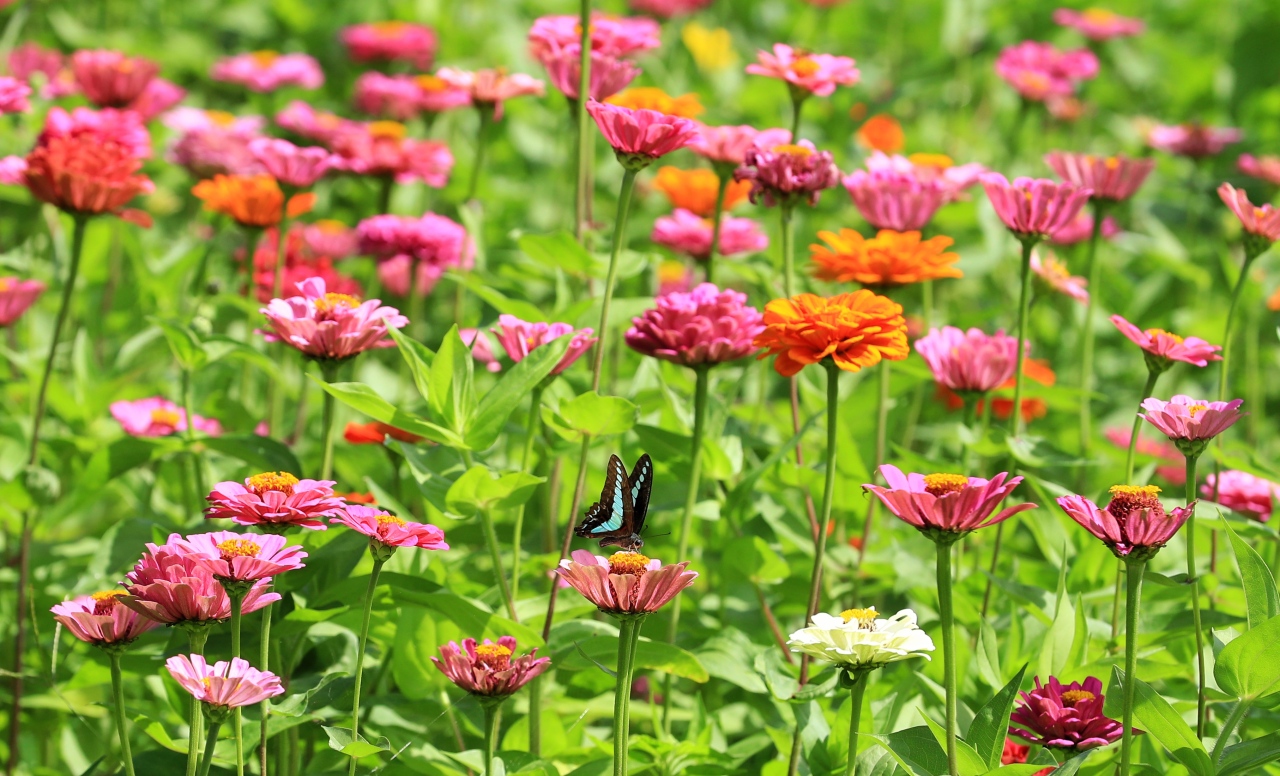 In this photo, a black butterfly with light blue markings lands softly on a zinnia flower to drink its nectar.