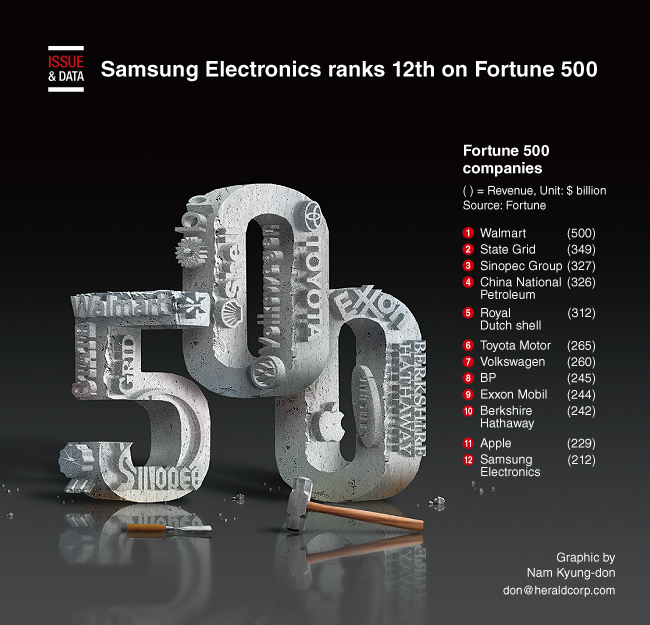 Samsung Electronics placed 12th on the list of the top 500 global companies, US business magazine Fortune showed, marking the highest standing ever posted by the tech giant.

The Korean tech giant first entered Fortune's top 500 list by ranking No. 221 in 1995. Since then, Samsung has gradually expanded its presence around the globe, reaching No. 15 last year.

Samsung was the only Korean company that made the top 20, Fortune showed. The company's archrival, Apple, placed 11th.

Fortune said while Samsung is facing challenges in the smartphone business, especially from Chinese rivals, it still boasts sound performances in the chips business.

Korea's No. 2 chipmaker SK hynix and retail giant CJ entered the top 500 list for the first time at Nos. 442 and 493, respectively.