A stranger-than-fiction tale of a murder conspiracy, among posh Brits

By Korea Herald
Published : Oct 19, 2016 - 14:41       Updated : Oct 19, 2016 - 17:08
Suppose you had a secret. A secret that would cost you your career, your friends and your place in a very stratified society. The list of things you shouldn’t do is pretty basic: don’t put anything on paper, don’t tell anyone and don’t continually plan a homicide in earshot of your colleagues.

Yet all of those are exactly what Jeremy Thorpe, a charismatic and nattily dressed Liberal member of Parliament, did, and he ended up “in the dock,” as the English say, on charges of conspiracy to murder, in 1979. His career never recovered and he died in obscurity, the same way that time has obscured the days when his secret -- his attraction to men -- had just become legal but was considered best kept from the public eye. (Sex between men who were at least 21 was decriminalized in England in 1967. Lesbians were largely ignored by English law.)

John Preston, an adroit novelist who is also the TV critic and arts editor for the Sunday Telegraph, takes out his journalistic toolbox in the telling of “A Very English Scandal.” He takes the reader through nearly every turn in this long and winding true story, from the first encounter between Thorpe and a man named Norman Josliffe to the almost comical botched attempt on Josliffe’s life on a dark and stormy night. 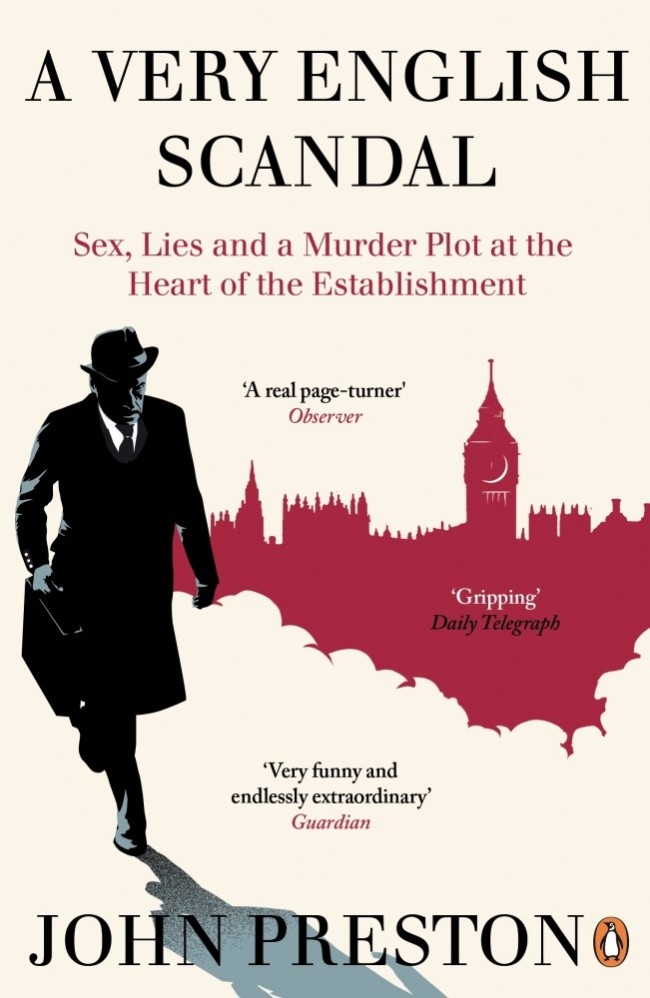 His laser-like focus, while admirable in its no-stone-unturned way, does bog things down about halfway through; a reader wonders, when is the rubber going to really hit the road? This isn’t a book that you can digest in fits and starts. The long cast of characters and the intricacies of the British Parliament require some serious sitting-down time; otherwise, you’ll spend time paging or scrolling back, in order to make sense of where you left off.

The meticulousness is necessary, though, to make sense of how things came to be in such a sorry state in Thorpe’s life, and the lives of many of his co-conspirators. There are letters lost and found; a simple solution that would have solved everything early on; and a lot of double-crossing and double lives.

Preston, like any good journalist, has quite an ear for quotes and character sketches, and “Scandal” is sprinkled with gems that reflect an England long gone. A barrister describes someone as “the type of man whose taste ran to a cocktail bar in his living room.” Also among the straight-from-Blandings-Castle folk: a minister whose resume included farmer, bandleader and performer of the occasional exorcism; Sir Arthur Strange Kattendyke David Archibald Gore, “known as Boofy to his friends,” who kept badgers in his house; and Auberon Waugh (son of Evelyn), who had always detested Thorpe, we learn, “partly because he felt there was something deeply suspect about the double-breasted waistcoats he wore.”

The story that Preston skillfully -- if a little too thoroughly -- tells here is a much broader one than that of an MP; it’s also the tail end of a way of life for corrupt politicians of the 1960s and ’70s, and the financial and social upheaval that arrived shortly after.