Korea, U.S. yet to determine when, where to deploy THAAD: defense ministry

Korea and the United States have yet to decide when and where to deploy the advanced American defense shield Terminal High Altitude Area Defense, Seoul's defense ministry said Tuesday, dismissing growing media speculation over an imminent deployment decision.

"The THAAD deployment is being discussed by (the allies') joint working group, and based on the results of the discussion, a final decision will be made at the South Korea-U.S.-alliance level," Moon Sang-gyun, spokesman at the Ministry of National Defense, said in a regular briefing. 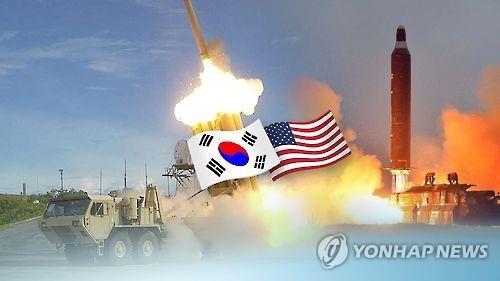 "Nothing has been decided yet over the date and location," he said, also calling on the media to refrain from speculative reporting.

The comments came as Frank Rose, U.S. assistant secretary of state for arms control, verification and compliance, is paying a four-day visit to South Korea.

Korea's Donga Ilbo newspaper reported earlier in the day that the U.S. official's visit signals the allies' THAAD negotiations are nearing the final stage. The report said the allies are warming toward selecting Chilgok, a southeastern town where a U.S. military base is located, as the location for the deployment of THAAD.

Rose is scheduled to meet with defense deputy minister for policy Yoo Jeh-seung later in the day, but their meeting will only revolve around arms control and space cooperation issues, the spokesman said. "As far as I know, any discussion on THAAD will not take place at the venue," Moon said.

Earlier in the day, Defense Minister Han Min-koo told lawmakers that the two countries are discussing the issue of the THAAD deployment, adding that he has yet to be briefed on the results.

The allies have been negotiating the idea of deploying one THAAD battery in Korea since March to counter North Korea's advancing nuclear and missile threats.

The countries' joint working group kicked off their negotiations in March following the North's fourth nuclear test in January and a long-range rocket launch the next month, which the outside world denounced as a cover for testing intercontinental ballistic missile technology.

The allies are considering deploying THAAD on a space the size of an operational base, a government source said.

As candidate locations, they are reviewing the suitability of about five sites, including Chilgok, Wonju and Pyeongtaek, a western coastal city where U.S. Forces Korea's new headquarters is based.

Other sources said the deployment may require the South to create a new base to house the THAAD battery.

"Military effectiveness and diplomatic dimensions with China are being weighed" as the allies are seeking to nail down a final location, the government source said, adding that "a final decision is likely to be made soon." (Yonhap)