Korea, a hidden player in many of the world’s famous animated series, seeks recognition with homegrown animated characters

Everyone has a favorite cartoon character from childhood that occupies a special place in their memories.

Until 2000, characters that reminded many Koreans of their childhood were not Korean creations. Most were Japanese or American, from the classic Tom and Jerry and Thomas and Friends to Pokemon and Digimon.

Amid the swarm of foreign characters, the Korean character Dooly was rare in remaining popular since its debut in 1983 through a televised animation series on KBS.

But for those who spent their childhood after 2000, foreign characters may not be a huge part of their memories because of the birth of the blue and white penguin Pororo. 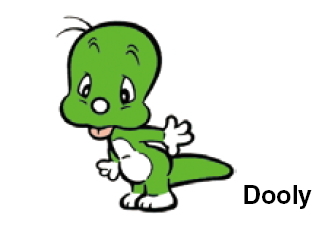 Introduced as a character in an animated film in 2003, he is now the most popular character in Korea with the nickname “children’s president.” So popular is the character that a child reportedly crashed the stage where an actor wearing a Pororo costume was performing to get a close look at his idol. 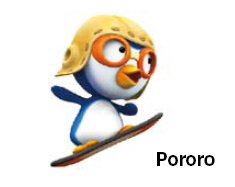 Pororo also stole the hearts of children around the world through the five-minute animated episodes, which began to air in France and Taiwan in 2004 and in the anime-kingdom of Japan in 2005. Its broadcast rights have been sold to more than 80 countries.

Pororo has more than 1,000 license products that raked in 12 billion won ($10 million) in royalties in 2010 alone, according to figures from the state-run Korea Creative Content Agency.

“In a five-minute story, all the major events start with troubles created by Pororo’s curiosity and his looking back at what he did, and making up in the end. This pattern is repeated in every episode, but they create laughs. And Pororo has sincerity in his behavior,” said Kim Jong-se, CEO of Iconix, the production company of Pororo.

Over the years, Korean characters have gone through major shifts with the development of the Internet and mobile technology. 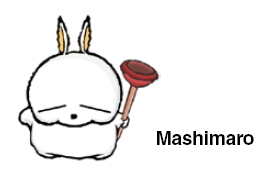 The main stage for animated characters started to move to the online world starting in 2004. As technology took a leap forward on the Internet and mobile devices, it also spurred innovation in three-dimensional animation. Pororo and Dibo The Gift Dragon were leading examples of 3-D animation production. 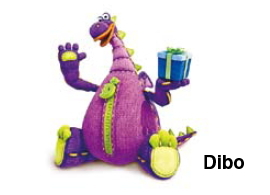 Experts say Korea is one of the biggest outsourcing countries in animation production. The country is behind “The Simpsons” and other American animated series “Family Guy” and “Justice League Unlimited.” But it has rarely been under the spotlight due to a lack of local animation success.

“Our team (at the animation studio TUBAn) has the best skills in producing and planning a work. Some of the reasons we failed to produce successful results was that we didn’t have a strategic marketing plan. It takes more than production skills,” said Kim Kwang-yong, CEO of TUBAn, the animation studio that created the funny caterpillar characters Larva in 2011.

“And it’s really hard to get funds for production,” he noted.

Kim said he was still making debt payments on productions that cost more than 3-4 billion won even two years after the Larva character became a hit internationally.

A successful animated character is a one-source multi-use product, enabling it to be used in various ways from stuffed animals to theme parks. It can also generate profits for industries related to the character when it is licensed for various products.

Mobile platforms have become a new way for characters to be introduced to the public. The mobile messenger Kakao Talk, used by more than 100 million users worldwide as of July 2 this year, offers more than 300 animated characters as emoticons at the item store.

The sales of characters on mobile devices recorded around 286 billion won last year, according to the KCCA, which expects more characters will be licensed for mobile platforms in the future.

“The emoticons on messengers have become an important source of profits for animators. It’s a new sector that offers many opportunities for the animated character industry,” Lee Yoon-kyeong, general manager of Danal Entertainment, a digital content distribution company, was quoted as saying in a local news report.

“Majo and Sady” is a leading example in expanding its base. From a four-cut cartoon that runs in a series online, it started to produce products featuring the characters last year.

The various design items were sold out at a pop-up store the cartoon team operated at the Lotte Department Store in Sogong-dong, Seoul and Busan last year.

“But people in Korea don’t see the potential. The animation industry is something that can generate hundreds of business opportunities and jobs as Disney World and Universal Studio did. We need to set a successful example in Korea like Disney,” Kim stressed.