[Voice] How can government be more transparent?

By Korea Herald
Published : Apr 15, 2013 - 20:16       Updated : Apr 15, 2013 - 20:17
The authority of the state emanates from the people ― so proclaims the Korean Constitution. A corollary, then, is that citizens have the right to know what their government does on their behalf. But as with state power everywhere, government transparency in Korea is tempered by numerous competing interests, from concerns over national security and privacy to public officials’ reluctance to open themselves up to public scrutiny.

Government transparency can be defined in numerous ways, from the public’s right to information to openness in lawmaking and budget setting. But where international organizations have attempted to asses transparency here, the results have been mixed. The Global Right to Information Rating, released last year by Access Info Europe and the Center for Law and Democracy, placed Korea mid-table out of countries examined, or 49th out of 89. The index, however, only assessed respective countries’ laws rather than their implementation.
Much more positive was Global Integrity’s 2009 report on the country, which ranked public access to information as “very strong,” and executive, judicial and legislative accountability as “very strong,” “strong” and “moderate,” respectively. By contrast, the World Economic Forum’s Global Competitiveness Report for 2012-2013 ranked Korea just 133rd for transparency in government policymaking. This ranking, however, was based on perceptions rather than hard data.

Such an abysmal score reflects the secretive nature of many public agencies’ deliberations, according Park Kyung-sin, a professor of law at Korea University and cofounder of Open Net, an organization that lobbies for freedom of information.

“Many board-type agencies do not hold open meetings, making it impossible to hold individual members accountable,” said Park. “Many meetings take place without leaving transcripts or even minutes. We do not have a counterpart to the U.S.’ open-meeting law which requires, in principle, all meetings of public entities to take place in public view, and therefore under public scrutiny.”

The Constitutional Court first recognized the public’s right to information in 1989, paving the way for later legal and administrative reforms. In 1996, Korea introduced a freedom of information law, following an international trend that saw the number of countries with right-to-know laws rise from 13 in 1990 to more than 70 by 2008. The law, which was extensively revised in 2004, provides for public access to information held by the National Assembly and executive and judicial branches, with exemptions for information related to national security, unification, diplomatic relations and criminal investigations, among other sensitive areas.

Despite Korea’s framework for information access receiving a near-perfect score from Global Integrity, critics say that public officials can ignore the spirit of the law with little consequence.

“The main problem with freedom of information access in Korea is the lack of punishment for bad-faith evasion of disclosure obligations by civil servants responsible for the disclosure,” said Park. “Many civil servants refuse to comply with obviously acceptable FOIA requests, sometimes even after (the) Administrative Review Board’s decision. There is a culture of impunity surrounding bad-faith FOIA refusals.”

Others say the culture has yet to catch up with the institutions already in place. Hwang Sung-soo, an assistant professor at the Department of Public Administration at Yeungnam University, said that both the Korean public and civil service have yet to fully embrace the principle of free access to information.

Compared to citizens of the U.K. and U.S., Hwang said, the Korean public has remained passive about accessing government information.

Hwang said that financial and other experts should work with the public and academia to make information of public interest more easily understandable.

“(By) combining information technology tools … and experts who understand the budget … (we should) provide this information to the general public and other scholars, and then they will be equipped with this knowledge and it will change a whole lot of power structures between government and citizens, and they will be much more accountable to citizens. And that, in turn, will lead to higher transparency.”

There is also the question of whether the law is applied evenly and without the influence of politics. The emphasis the incumbent administration places on transparency can affect the public sector’s attitude to disclosing information, regardless of the law, according to Moon M. Jae, a professor at the Department of Public Administration at Yonsei University.

While Global Integrity’s report rated Korea highly for access to information, one criterion fared more poorly than all the others: the government’s willingness to provide reasons for its FOI request refusals. Moon said that the appeals process could be strengthened so that the rationale for refusals was opened up to public scrutiny.

“There are good reasons why government officials don’t want to, or shouldn’t, reveal all the information,” said Moon. “But the issue is that that excuse shouldn’t be abused by public officials. So I think it is very important to have the process through which, if public officials decline providing information, then citizens … have second or third procedures (through) which the decision originally made by the public official (can be judged to see) whether the decision is right or not.”

For Park, who sees government paternalism as pervasive on both the political left and right in Korea, the biggest obstacle to transparency is the attitude of those in power.

“There should be more education for government officials on the proportional relationship between the power they hold and the disclosure they should make ― the privacy they should give up, if at all,” said Park.

“Some conservative legislators, claiming their ‘privacy,’ challenged the use of CCTV footage to identify who really voted for a controversial bill when the non-secret ballot was challenged on the possibilities of proxy voting, which is illegal.”

According to Park, this attitude is not restricted to politicians, extending to the judiciary, one of the foremost checks on government power. He pointed to the fact that just 5 percent of lower court judgments and less than 10 percent of Supreme Court judgments are available to the public.

“Some judges have complained about their names being shown on the judgments when we were discussing the disclosure of court judgments. They don’t seem to get the idea that their power should not be wielded in secrecy.”

The institutional arrangement of presidential elections is one of the reasons for low government transparency. The single term makes a president unaccountable to the public because he or she does not need to appeal to the electorate in the next presidential election. Also, President Park’s mentality brings a huge obstacle for the increase of government transparency. For example, the nomination of senior government officials. She did not focus on a transparent process of nomination, which received a backlash from opposition parties and public.

President Park pledged to make a transparent government in order to acquire trust from the public. We should see and await her promise

There’s just too much corruption and there seems to be no serious effort to root it out, especially in the tax office. I know that hagwon feel no pressure at all to follow any laws so why should anyone else?

Distasteful and disappointing. Marketing staff didn’t run any risk, preventing PSY from proving to the world he could do something else.

Free Trade Agreements are coming out of Korea’s ears already, with little change in the cost of groceries. FTAs might help, but price-fixing is rampant. It happens everywhere, but in a state run by chaebol I can only imagine it is at epidemic levels.

For starters, link educational-related stress and longer working hours to a higher likelihood of this happening. 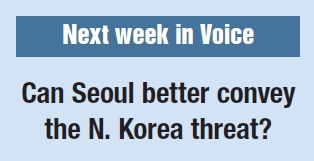