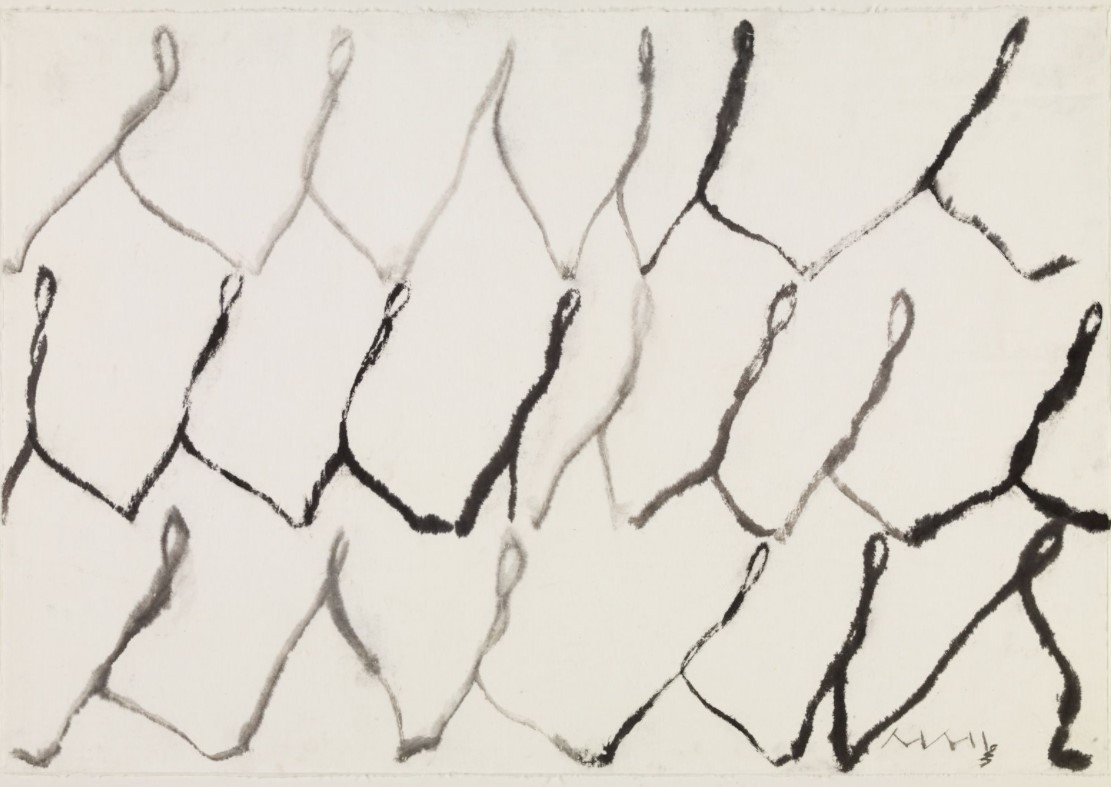 Suh Se-ok, a leading artist who pioneered contemporary abstract ink painting, died on Nov. 29 at the age of 91.

The announcement was belatedly made on Thursday after the family funeral was conducted in accordance with social distancing regulations out of consideration for the bereaved, according to the National Academy of Arts in Korea.

Suh was born in 1929 in Daegu, North Gyeongsang Province, as a son of an independence activist who fought against Japanese colonialism during the Japanese colonial era (1910-1945). He graduated from the oriental painting department of Seoul National University in 1950 and taught at the university for decades as a professor. Suh is also known by his pseudonym, Sanjeong.

The artist pioneered Korean abstract ink painting on the basis of the concept of literati painting, a scholarly painting that flourished in Joseon era and expressed a painter’s thoughts and what came to mind after reading literary works such as poetry. He strived to create his own art after the country was liberated in 1945, overcoming the modern art trend in Korea which was heavily influenced by Japan.

He delved into the concept of a line and dot and chose traditional mulberry paper, ink and traditional brushes for his works that remind of calligraphy strokes. In 2014, he donated 100 of his works to the National Museum of Modern and Contemporary Art, Korea (MMCA), dedicated to Korean audiences. A special exhibition of his donated works was held at the museum in 2015.

Suh held solo exhibitions at numerous renowned museums and galleries across the world including MMCA. He received the Order of Cultural Merit, Silver medal from the Korean government in 2012.

Suh is the father of Suh Do-ho, a globally renowned sculptor and installation artist who reinterprets Korea’s traditional house or hanok, exploring the concept of home and space.