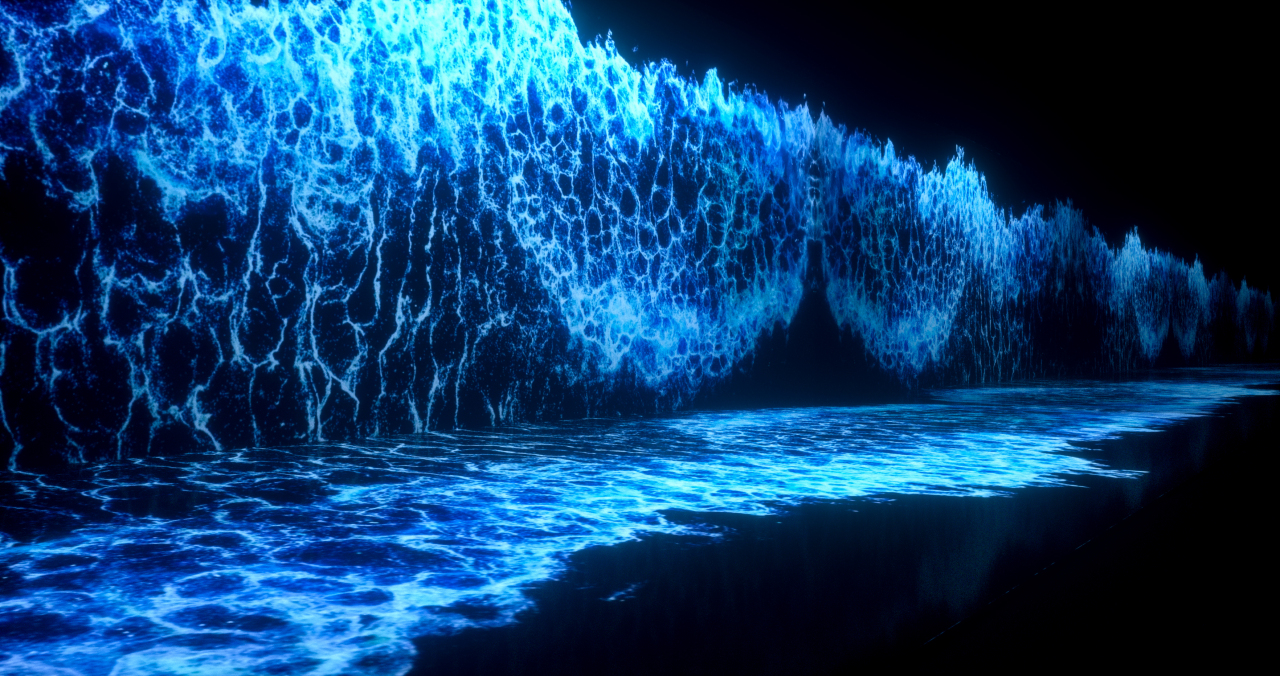 "Starry Beach" by a'strict (Kukje Gallery)
Design company d’strict, which gained global attention in May with its immersive video art installation “Wave” at Coex K-pop Square, has launched a media artist unit “a-strict,” and is showcasing its first exhibition at Kukje Gallery, a commercial gallery in central Seoul.

The commercial design company’s a’strict is a loose group of artistic creators from both inside and outside the company. The members are freely formed based on an art project, said Sean Lee, CEO of d’strict holdings on Thursday during a press conference held at the gallery.

Although d’strict is a commercial design company, it is expanding into the art industry through a variety of artistic initiatives, including the loose collective art unit a’strict.

The new work, “Starry Beach,” was made by around nine creators from the art unit, taking around four months. It is a three-minute video work of waves that appear in high definition projection, constantly rushing up and down the 6-meter-high wall, accompanied by the sound of crashing waves. The piece will be showcased at the gallery until Sept. 27.

In May, the design company which pursues a combination of art and digital media work received local and international media coverage with the public art installation, “Wave,” at Coex K-pop Square, a place that is usually covered with commercial advertisements.

“Wave” was produced with anamorphic illusion that made the LED display panel seem like a giant glass tank holding water. The curved screen of the panel made the illusion possible. The design and application took more than three months to develop, according to the company.

The company chose waves as subjects for the two installation works as well to give comfort to people living a hectic city life. “Waves are something you might not be able to see unless you go to a beach. We thought people would love to see waves in Seoul,” Lee said.

Meanwhile, in September, d’strict will showcase Korea’s largest immersive art exhibition place, the Arte Museum in Jeju, which was formerly an abandoned factory. The exhibition will permanently display 10 of the company’s media art installations under the theme “Eternal Nature.”