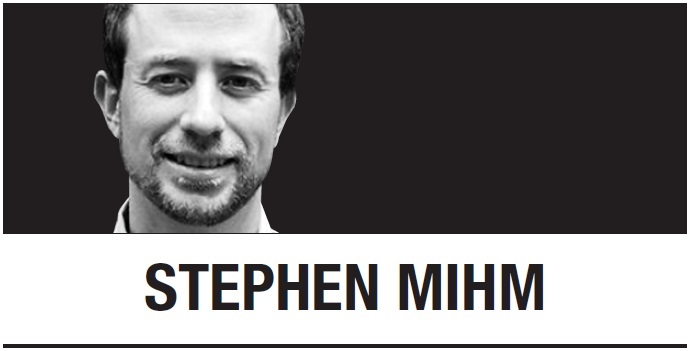 When a study released earlier this month showed the wealthiest Americans paying a lower tax rate than any other group, Democratic presidential candidates embraced it as a proof that they were on the right track. While their tax-the-rich proposals vow to create a better economic balance, the candidates often pivot to what they would do with the proceeds: Medicare for All, student loan relief, infrastructure repair, and other expensive programs. Those equations have raised serious doubts, and for good reason. Turning tax revenue into a massive health care system -- or measurable economic growth -- is incredibly complicated. But raising taxes on the wealthy could deliver something meaningful that millions of Americans would feel rather quickly: happiness.

Recent research by two psychologists found that progressive taxes may make the average citizen happier and more content. In the course of their study, Shigehiro Oishi and Kostadin Kushlev of the University of Virginia and Ulrich Schimmack of the University of Toronto eschewed the usual debate about tax increases: Are they bad for economic growth? Instead, they focused on a more emotional one: Do Americans feel happier -- and experience a greater sense of fairness -- under more progressive taxation?

The study mined data from something known as the General Social Survey, a program conducted by NORC at the University of Chicago. This statistical survey has been asking Americans a range of consistent questions since the early 1970s, including asking respondents to rank their “happiness” using a three-point scale.

The researchers found a very strong correlation between progressive tax policies and how happy respondents rated themselves. This effect was most pronounced -- and statistically significant -- among taxpayers in the lowest 40 percent of incomes. The correlation steadily diminished among higher-income groups, disappearing altogether for the top 40 percent.

To rule out other possible explanations, the researchers also ran regression analyses to determine whether other, proximate causes might explain the relationship: crime rates, for example, or unemployment. Only tax policy seemed to account for the outcomes.

So what was going on here? Previous research by some of the researchers in the more recent study showed a strong correlation between income inequality and two other sentiments measured by the General Social Survey: fairness and trust. This work had found that respondents thought the world was fairer -- and were more willing to trust other people -- in years when income inequality was lower. A study of 54 nations completed in 2011 echoed the findings

A skeptic, of course, might ask the obvious question: That’s all well and good for people on the lower rungs of the socioeconomic ladder, but what about the wealthy? How would they feel about paying higher taxes?

It’s hard to imagine that they would be thrilled -- or so conventional wisdom would suggest. In fact, the researchers actually asked a group of contemporary respondents how they thought progressive taxes might affect the outlook of people at different income levels. They overwhelmingly predicted that even if progressive taxes led to more happiness among lower-income groups, any such gains would be more than offset by the unhappiness experienced by the wealthiest Americans.

Instead, historical data showed more of a mixed bag. While their happiness levels showed no signs of increasing during times of progressive taxes, the wealthy did not become significantly unhappy, either.

“Our most important finding,” the researchers concluded, “is that progressive taxation is not a zero-sum game where a large group of poor people benefit from a big loss of a small group of wealthy citizens. Rather, poorer citizens benefit without a notable loss in happiness among the wealthiest citizens.”

The researchers wisely cautioned that their findings should not be read as a blanket endorsement of progressive taxation. But the results do suggest progressive taxes may encourage a sense that the world is fairer, and promote social trust and cohesion. Not coincidentally, these are all qualities that are conspicuously absent in our current choleric moment.

Presidential candidates should take note: The best argument for progressive taxation may be the subtle, psychological effects of such a move. Sure, paying for social programs is nice. But alleviating the anger that defines the national mood would be even better.


Stephen Mihm
Stephen Mihm, an associate professor of history at the University of Georgia, is a contributor to Bloomberg Opinion. -- Ed.