[Graphic News] 34% of Korean adolescents have thought about suicide: poll 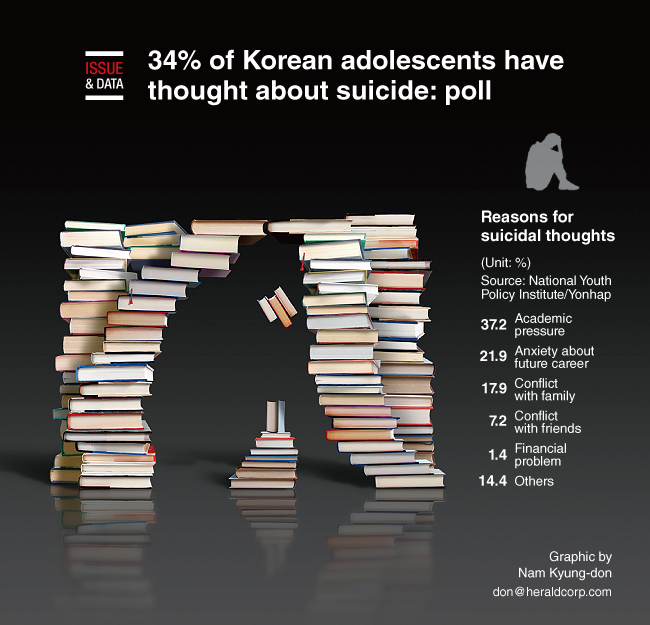 Nearly 34 percent of South Korean adolescents have thought about killing themselves because of academic pressure, a recent survey showed.

According to the results, 33.8 percent of students polled said they had considered taking their own lives over the previous year.

The biggest reason was pressure they felt over academic achievement, with 37.2 percent of those who experienced the impulse for suicide giving it as the reason. Anxiety about one’s future career was cited as the second most common reason at 21.9 percent, followed by family conflict at 17.9 percent. (Yonhap)