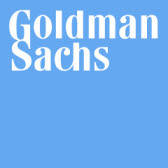 "The Goldman Sachs Group Inc. today announced it has entered into a binding agreement for the sale and leaseback of Plumtree Court with Korea's National Pension Service," said the statement issued late Wednesday.

"Plumtree Court will be the new European headquarters of Goldman Sachs in London from mid-2019 when it is expected to take occupancy of the premises."

Located in London's key City financial district, the 10-storey building can seat up to 8,000 staff, the statement added.

Goldman Sach's decision to keep its European headquarters in London is a boost for the capital heading into a post-Brexit Britain.

The bank employs about 6,000 staff in London but has indicated that a small portion of that amount could  shift to Frankfurt and Paris following Britain's planned departure from the European Union in 2019.

"The development of Plumtree Court and our signing of a long-term lease demonstrates our continued commitment to London and our European operations more broadly," said Richard Gnodde, vice-chairman of Goldman Sachs and chief executive of the group's European operation.

The deal comes one year after Hong Kong condiment-maker Lee Kum Kee bought the London building nicknamed the "Walkie Talkie" for $1.3 billion, a record-high deal for a skyscraper in the capital.