By Kevin Lee Selzer
Published : Aug 10, 2018 - 09:49       Updated : Sept 2, 2019 - 11:39
Making headlines as much for its novel cryptocurrency funding as its content, “Braid” delivers thought-provoking, mind-bending material that explores the interdependent, perhaps psychotic, relationship of three female friends in what may be a make-believe world.

The film screened in July at the Bucheon International Fantastic Film Festival, the nation’s premier genre cinema event, in the World Fantastic Red section, created this year especially for enthusiasts of the most blood-gushing, chilling horror the fest has to offer. It was there The Korea Herald met with 27-year-old first-time filmmaker Mitzi Peirone.

Making “Braid” “was more of a survival matter for me,” Peirone explained, as she started writing it at a bleak time after moving to New York City and failing to gain traction as an actress. “The screenplay became my safety. It became my escape room. It became my safe haven where I could go and just create a different world where I didn’t have to think about myself.” 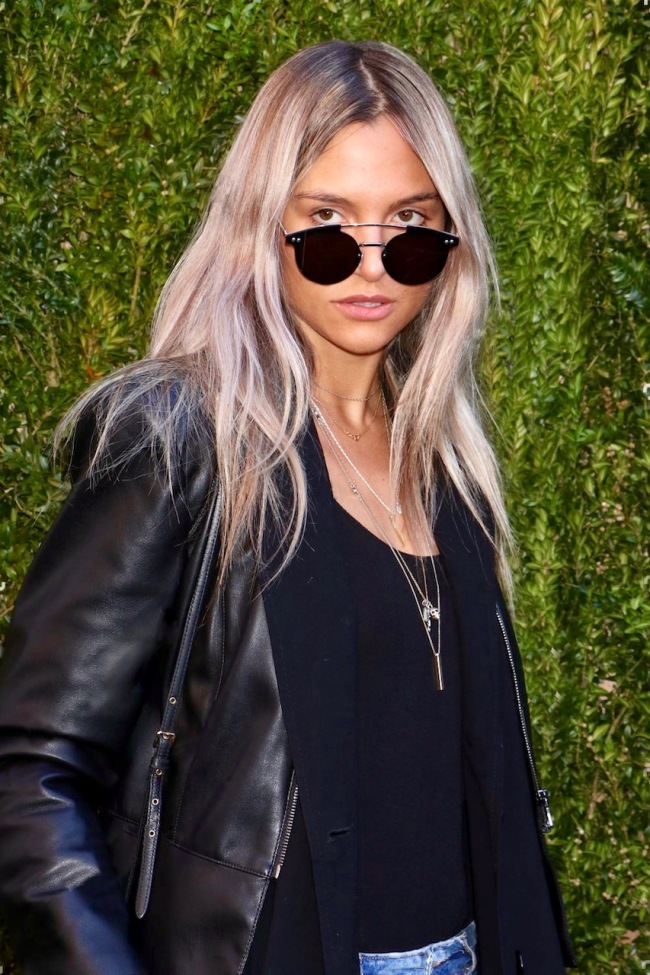 
Peirone, from Turin, Italy, was a model who made the leap to the Big Apple to attend theater school and become an actor, before realizing she would not get the parts or satisfaction she had hoped for. Her solution was to make her own film, and in 2015 she finished the first draft of the screenplay. But there was a problem.

“I realized I had written a big movie and I wasn’t going to be able to raise the funds for it through Indiegogo, Kickstarter as a nobody filmmaker,” she said, referring to well-established crowdfunding avenues.

Not long later, at a music festival she ran into Joseph Lubin, a purported blockchain billionaire who in 2014 founded software company ConsenSys and co-founded the Ethereum cryptocurrency.

“He introduced me to cryptocurrency,” she said. “I was like ‘Woah, we could turn a movie into just like a regular investment’ -- bypassing studios, bypassing executives who have been in the film industry before.”

“By doing so I created an arsenal of people that believed in me, that weren’t questioning me,” she continued. “I had final cut -- as a first-time filmmaker, it’s huge!”

The film eventually had an initial coin offering on June 7, 2017. With a goal of raising the funds for its $1.4 million budget, the coins sold out in two weeks on the promise to investors that the first 115 percent of adjusted gross proceeds would go straight to coin holders.

All that was left for the would-be filmmaker was to actually make a film.

The movie begins as a kind of crime drama, with main characters Tilda and Petula fleeing the city after escaping from police and looking for a place to lay low. That takes them to the country manor of eccentric childhood friend Daphne. There the two fugitives are forced into playing a brutal form of the “house” game they had played as children, with Daphne as the mother, Tilda as the daughter and Petula the doctor.

At least, this is what the audience is led to perceive.

“I was reflecting upon reality. I was trying to understand how existence and our perception of it worked,” Peirone said, explaining her thought process. “I realized that so much of it is shaped by our thoughts -- that really reality is our perception of reality.”


“Imagination is the key to everything,” she added, “we’re not that different from kids playing make-believe.”

What follows is a sequence of perhaps drug-induced psychedelic episodes, trauma, power struggles and lapses in reality or perception that send the narrative -- and the audience -- swirling. In this psycho horror film that the director calls a “visual poem,” the “psycho” seems more likely to mean “psychotic” or “psychopathic” than psychological.

Yet the movie is aptly able to drag its audience along with it for the ride, never losing the viewer through the twists or turns or falling irretrievably deep down the rabbit hole.

The film is filled with details that get at various ideas of fragility, uncertainty and truth, while also delving into perception, reality and fulfillment. And that is all underlined by trauma -- the initials of the three principal characters and a fourth, Officer Siegel, form PTSD, or post-traumatic stress disorder.

According to the director, it is all designed to elicit emotion and make the audience feel something real.

“If movies do their job right, it’s like past the point of entertainment and becomes humanitarian work in a way that I can connect with another human and help them exorcise their fears,” Peirone said. “It becomes a cathartic process.”

As for her follow-up to “Braid,” Peirone said the current state of the world has her thinking dystopia -- either a series of films or made for TV -- describing it as “Mad Max” meets “Soylent Green.”

“It’s about an overpopulated world that is basically fighting for resources,” she pitched. “Climate change has turned the planet into this massive desert, oceans have dried up, so where are we getting our resources from? Human bodies.”

“It’s sort of an evolution of ‘Braid’ a little bit,” she said. “How much can you convince yourself of living a certain life?”


The director said the deal for worldwide distribution rights was struck in early July, and is set to be announced in late August. "Braid" is likely to release in Korea early next year. As for the timeline on returning a profit for investors who bought in on a first-time filmmaker, “Slowly but surely,” she responded. “The investors knew that’s the nature of the game. It’s a long run.”

Having blazed a trail in cryptocurrency financing and screened her first feature film, is the model-turned-filmmaker looking to be back on the other side of the camera?

“No,” she answered bluntly, with a long pause. “Directing is by far my greatest joy.”