Kim also conveyed the current status in preparation for the project, and they discussed how to partner in the areas of nuclear energy and renewable energy. 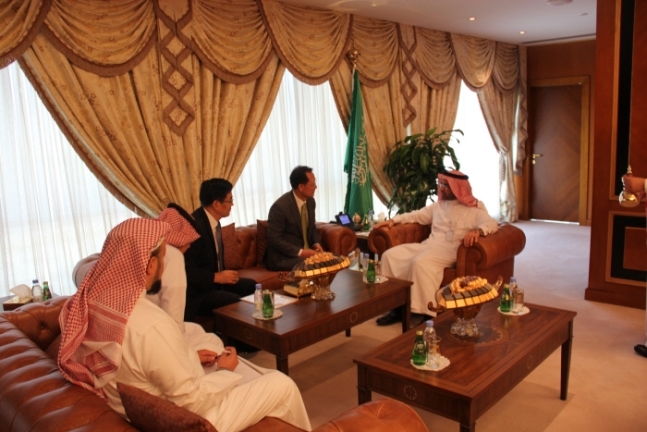 On July 1, Kepco was shortlisted to bid for Saudi Arabia’s new 2.8-gigawatt nuclear power plant project, along with the US, France, China and Russia. The winner of the tender is expected to be chosen in 2019.

On the following day, Energy Minister Paik Un-gyu held a meeting with the related industry over strategies to export nuclear power technologies.

Kepco CEO Kim said, “We will prepare for the next bid as ‘team Korea’ as competition is expected to be fiercer.” The date for the second stage of the bidding has not yet been announced.

If Kepco wins the bid for the Saudi Arabia nuclear project, it is expected to be a breakthrough for the Korean nuclear industry operating under the “anti-nuclear” government.

President Moon Jae-in had pledged to phase out nuclear energy during his presidential campaign due to growing concerns of air pollution and nuclear safety. Consequently, no construction of new nuclear power plants is scheduled after 2020, when the construction of Shin Kori-5 and Shin Kori-6 is to be completed.

Saudi Arabia is considered an ideal destination for Korea’s nuclear exporters as the world’s top oil producer aims to diversify its energy supply and plans to build more than 10 nuclear plants to secure a total of 17 gigawatts capacity of electricity by 2040.

Kepco’s other attempt to export its nuclear technologies has been facing a setback.

The state-run firm was chosen as the preferred bidder last year to buy Toshiba’s NuGen nuclear project in Britain. But it was revealed this week that it lost its preferred bidder status apparently because the Japanese company felt burdened by prolonged negotiations and high operating cost.