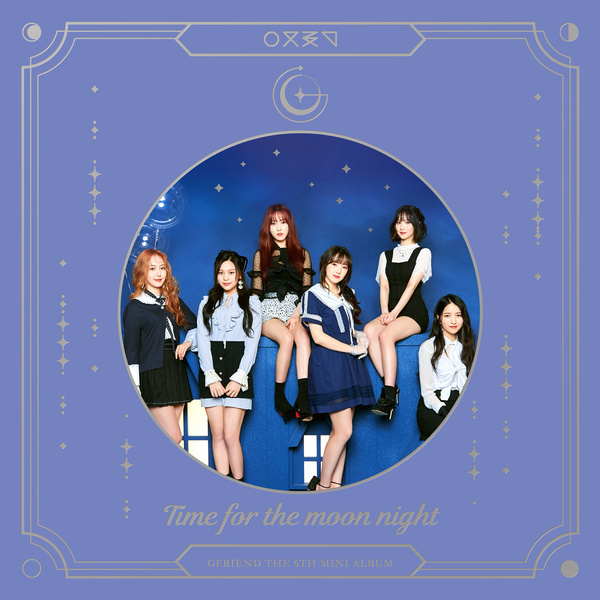 “Time for the Moon Night”

GFriend’s music has always been like a lackluster toy cooped up in a closet. Grown-ups may be reluctant to fiddle with that old toy again, but once walking down memory lane with it, they may realize that it’s actually nice to indulge in a bit of nostalgia.

The six-piece K-pop girl group’s recent EP “Time for the Moon Light” is another perfect treat for those wishing to secretly savor such sweetness. As always, the tunes are reminiscent of Japanese anime, but with a slight twist in the overall atmosphere.

If the group’s previous albums like “Parallel” shimmered with summer sunshine, the new EP features the members as moonlight fairies, delivering some more sentimental and dreamy love songs. Such change reflects the group’s parting with its longtime partner, producer duo Igg Youngbae, and cooperation with new producers No Joo-hwan and Lee Won-jong, but GFriend’s signature emotive pop sound remains.

Honestly, the lead track “Time for the Moon Night” isn’t GFriend’s best work, echoing the group’s past sounds that are effusive in quirky synths and soaring vocals, inevitably lacking in creativity. The song’s hook isn’t as catchy as the group’s previous singles, and once again, it sounds like it’s straight out of a Japanese anime one used to watch after school. But what can we do? The retro sound captures the listners‘ hearts, brings them back to a secretive place where one can swim in past memories without feeling guilty. Think about why there are worshipers of Japanese anime soundtracks.

The album successfully avoids monotony with the rest of the tracks, which include upbeat swing pop “Love Bug,” funky “Tik Tik” and balladry “Bye.” Personally, “Love Bug” is a newfound gem of this group that rarely steps out of its musical boundary, as the seamless blend of a retro jazz sound and funky beats create a sound that hasn’t been heard in other K-pop songs.

Will K-pop fans ever grow weary of GFriend’s preference for Japanese anime tunes? Think about throwing away an old toy, and if it breaks your heart, there’s the answer.