Google Assistant to compete with Bixby in Korea

By Shin Ji-hye
Published : Jul 14, 2017 - 16:33       Updated : Jul 14, 2017 - 19:23
Google Assistant has launched its beta test in Korea ahead of its debut here, according to local tech communities on Friday. Google will have to compete with several local rivals, Samsung, Naver, Kakao and local telecom carriers all working on similar services.

Google Assistant is a virtual personal assistant, providing diverse services such as answering questions, playing music, making reservations, checking schedules and sending text messages. Available only in English, the service is speculated to be launched later in Korean. Google’s Vice President Scott Huffman had said the service “will be available in Korean, Italian and Spanish at the end of this year,” during its annual developer conference held in May. 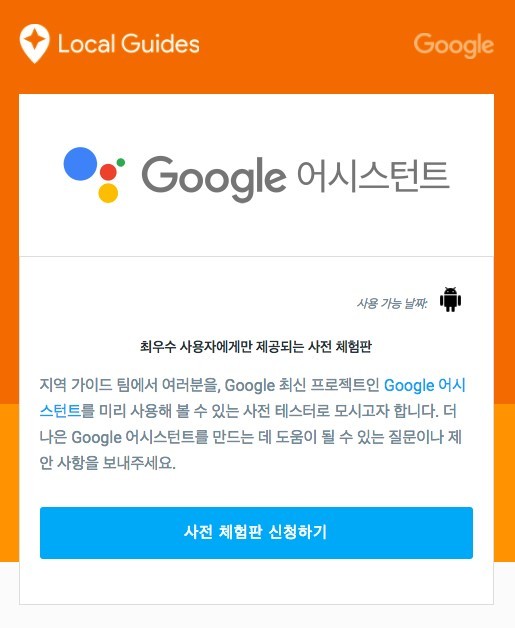 According to industry sources, Google launched its beta test for Korean language on Thursday, seeking participants from its users designated as Local Guides. Google’s Local Guides are tasked to share reviews, photos and knowledge on places for Google Map service.

When released, Google Assistant is expected to compete with Samsung’s Bixby and other similar services developed by online firms and telecom carriers.

With Samsung’s latest flagship smartphone Galaxy S8 currently sporting both Bixby and Google Assistant, the launch of Google Assistant in Korean will likely be the game changer, market watchers noted.

“It remains to be seen as the two have their own merits. While Google can provide best answers to questions with its massive data, hardware giant Samsung is good at making voice commands to make a phone call, open emails or apps,” said Chang joon-hyuk a professor at Hanyang University’s engineering college.

In its development quest, Samsung has recently acquired a number of AI startups, including Greek text-to-speech technology firm Innoetics, the UK AI chipmaker Graphcore and the US AI firm Viv Lab to strengthen its Al performance,

“The voice assistant market has been growing among consumers in their 20s and 30s in Korea. It will see a significant growth when teenagers more familiar with the technology become the main consumers in the future,” said Chang.