By Sohn Ji-young
Published : Apr 17, 2017 - 17:47       Updated : Apr 17, 2017 - 17:57
South Korea’s Hanmi Pharmaceutical was found to have belatedly reported the occurrence of a fatal side effect in a patient during the clinical trials of its next-generation lung cancer drug olmutinib, sold under the trade name Olita Tab.

The Board of Audit and Inspection of Korea announced Monday that the Korean drugmaker had broken two medical laws regarding the monitoring and reporting of its clinical trials. 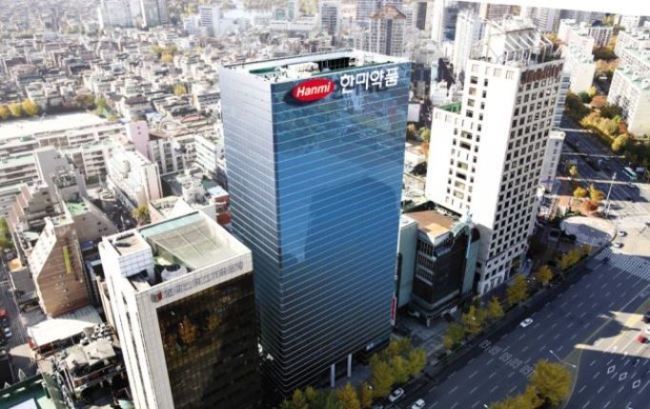 The board had opened an investigation after some lawmakers charged Hanmi of intentionally delaying its reporting of the fatal side effect so it could gain approval for the drug, during a parliamentary audit last year.

The fatal side effect had also partially contributed to Boehringer Ingelheim’s decision to terminate its $730 million licensing partnership with Hanmi over the lung cancer drug last year.

According to the BAI, Seoul-based VHS Medical Center signed a partnership in March 2015 to carry out clinical trials of Olita Tab in local lung cancer patients on behalf of Hanmi.

During the clinical trials, one of the patients treated with Olita displayed symptoms of Stevens-Johnson syndrome, a life-threatening skin condition, in June 2015. However, the person in charge of the trials did not immediately report the incident to the monitoring agency.

According to local regulations, the person in charge of the trials must report all incidences of severe side effects to Hanmi Pharmaceutical or a monitoring agency within 24 hours.

After the patient died a month later in July 2015, the head figure reported the incident to the monitoring agency. Hanmi and the agency reported the SJS occurrence to local health regulators 14 months later in September 2016.

The BAI said it did not discover evidence that the person in charge of the trials and Hanmi colluded to delay its reporting, as suspected by some.

Hanmi Pharmaceutical on Monday released an explanation of the series of events that led to its delayed reporting while admitting “shortcomings” in its reporting protocols in conducting its trials.

The patient who had shown symptoms of SJS had been taking two additional cancer medications -- bromhexine and tiocra whose known side effects included SJS -- other than olmutinib. Given this, the medical staff had discerned that the patient’s SJS had been caused by the other two drugs, the company said.

The figure in charge of the clinical trial therefore categorized the patient’s SJS as a “serious event” and not as a “serious unexpected serious adverse reaction.” Immediate reporting is only required when the case is categorized as the latter, Hanmi said.

Hanmi said it became aware that the patient’s SJS had been linked to olmutinib during the process of monitoring all of its clinical trial data a year after the event’s occurrence, and immediately reported its findings to the Korean Ministry of Food and Drug Safety.