“My favorite color used to be yellow, but my feeling toward it has changed with age. I used to think having a dream is only natural, but not anymore. ... After I’d grown up, the yellow started to take on a darker shade,” she said during a press preview.

“The most terrifying thing in the world is to have a dream,” is the theme of the exhibition, which takes place in Seoul Arts Center in Seocho-gu. Koo said her urge to do something new is what scares her the most.

“When I have a dream about something I want to do, I instantly feel the fear and anxiety of not being able to do it,” she said. 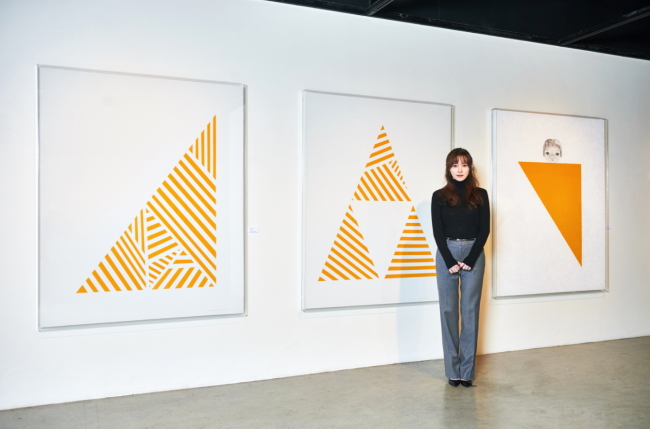 This is ironic considering that Koo is known for trying new things: Her acting career was what paved her way into show business, but she has since directed and produced multiple films, wrote novels and painted artwork.

The exhibition itself displayed musical scores written by Koo, including “Around the alley” performed by singer Gummy.

But her work, apart from acting, have been met with mixed responses -- some have been hit with criticism by critics and the public.

“When I was younger, the public always noticed what I did, so I thought I would be able to make something happen. But not everything I tried was successful,” said the 32-year-old actress.

A once-prominent starlet of the early 2000s, Koo said the repeated failures slowly dried up her hopes and dreams. 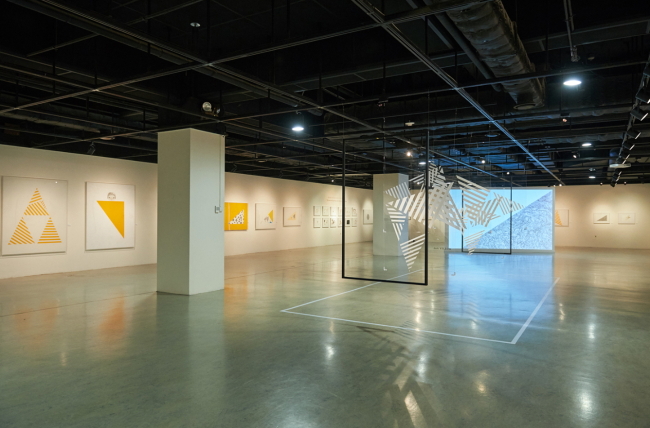 “As time went on I started to lose confidence, and felt like there was no hope. ... There is a sense of hopelessness from the process,” she said.

Over time, Koo said she learned to let go.

“Rather than force positive thoughts on myself, I decided to let it all go. When I was hung up on the results, I was never happy. But now, I think (the work) is just a part of life,” she said.

The pointy edges and dark shades of yellow in her work represent her emotional scars from the criticism against her. Koo said the reason she chose art was because she felt it would be less likely to be subjected to criticism compared to other work, such as directing movies.

“I start each day by searching my own name on the internet. How many people lead such a life?” she said.

“I’m scared of wanting to do something. I’m afraid of the changing environment, change in other people’s attitude toward me. When it’s a competition, the results are important and they have to be evaluated.”

The triangles, another standout feature of her work, represent her aspiration for a balance. She said that within its sharp edges, the shape embodies balance and order.

The actress indicated that she finds solace in her recent marriage to Ahn Jae-Hyeon, also an actor. Koo said that her husband allows her to “completely become a child.”

Unlike in the past, she said her career is no longer a priority in her life. When asked about her future, she said her dream now is to “find peace,” adding that she may undergo some “major changes” without elaborating further.