Korea braces for next industrial trends in 2017

The year 2016 was an opportunity for general consumers to familiarize themselves with the innovative concepts of technologies. And the year 2017 is likely to see some of these technologies become reality.

The convergence of the automotive industry with technology will speed up along with a transition to green cars, amid the growing competition in the battery market and the rising price of oil.

Devices including smartphones and home appliances operated by artificial intelligence will come to the fore, with virtual reality and augmented reality technologies becoming mainstream in the tech world.

The shifting technologies are also expected to affect the retail market with consumers looking for products that offer experience and value beyond a simple price benefit.

AI to be next big thing in the tech industry

Artificial Intelligence, which astonished the world in a match with the top Go player Lee Se-dol, is expected to become the next big thing in the smart device and appliances industry in 2017.

The nation’s largest tech company Samsung Electronics, which acquired the AI startup Viv Labs in October, seeks to recover from the note 7 debacle with its new AI-based smartphone Galaxy S8, which is set to be unveiled early this year. Viv Labs is the US tech firm set up by Apple’s Siri developers.

Samsung Electronics’ Vice President Rhee In-jong said in October, “Galaxy S8 will be Samsung’s first platform, which adopts AI-based voice recognition technology,” adding that the technology has reached close to the level of the understanding humans.

Korean tech firms -- both smartphone makers and mobile carriers -- are spurring AI development as the technology will ultimately be used to connect and control all home appliances and electronics.

Samsung is set to unveil more advanced AI-based home appliances, which can be connected via Wi-Fi technology and controlled through smartphones, at the upcoming Consumer Electronics Show in January.

The nation’s largest telecom carrier SK Telecom is also upgrading its AI-based speaker NUGU after first launching it in August. This device figures out users’ taste to recommend music, control home appliances and provides customized information such as weather and schedules based on their preferences.

Market consulting firm IDC predicted that the global AI market would grow 55 percent on average annually from $8 billion in 2016 to $47 billion in 2020.

Virtual reality and augmented reality technologies are geared to gain a bigger presence in the tech world in 2017, building upon the landmark developments made in 2016.

VR is a technology that completely immerses users in computer-generated virtual worlds via a head-mounted display, while AR technology overlays, or augments, digital images onto a person’s view of the world.

The year 2016 saw the release of next-generation VR headsets such as the HTC Vive, the Oculus Rift and Sony’s Playstation VR, which prompted the emergence of thousands of VR video games and mobile apps.

The explosive popularity of AR-based mobile game Pokemon Go also highlighted AR’s potential to appeal to the masses on the mobile platform.

The two cutting-edge technologies are geared to further advance and draw closer to the public in 2017 as the price of VR headsets further drop to boost the VR gaming sector, and as AR technologies are embraced by more industries.

“After several years of hype, the operative reality behind virtual, augmented and mixed digital worlds is set to manifest more fully in 2017,” IHS Markit said in a recent outlook report.

The firm expects AR and VR technologies will “advance significantly as Facebook, Google and Microsoft consolidate their existing technologies into more exhaustive strategies.”

According to tech market intelligence company IDC, worldwide revenues generated by the AR and VR market will jump from just $5.2 billion in 2016 to more than $162 billion in 2020, as the two technologies expand their applications across diverse industries and services.

IDC predicts that revenues generated by VR systems will surpass that of AR-related revenues until 2017, due to rising consumer uptake of VR-based video games and paid contents.

After 2017, AR revenues will grow bigger as AR technology finds mass applications across areas such as healthcare delivery, product design and management tasks, it said.

Just about every major tech company in the world has already entered the race to secure its place in the approaching era of VR and AR technologies. In the lead is Facebook-owned Oculus, Google and Microsoft, with Apple and Samsung Electronics working to catch up.

It was a tough year for the auto industry in Korea with an emissions scandal, strikes, low demand and negative growth.

With the auto market expected to continue negative growth next year, carmakers will face unprecedented competition in the industry where automotive and technology are converging rapidly.

South Korea’s largest automaker Hyundai Motor conducted a survey on the most anticipated technology next year. Almost 76,000 of 320,000 voters picked the autonomous driving technology. Although self-driving cars won‘t populate the road next year, most of the major carmakers and tech companies are putting all-out efforts to commercialize the self-driving technology.

The debut of US electric automaker Tesla Motors and Chinese electric car maker BYD Auto will likely boost the EV market in South Korea, giving customers more choice in this growing segment. Tesla is set to open its flagship store in Korea and BYD officially launched its Korean office in Jeju Island in October.

Backed by growing popularity, sport utility vehicles will remain as the silver lining for the sluggish auto market, which is expected to decline 1.2 percent on-year.

Outside Korea, South Korean automakers will struggle to thrive in mature markets, like the US and EU where analysts expect a zero growth next year, and in China where they saw disappointing sales figures in 2016. China’s auto market is expected to grow 4 or 5 percent in 2017 while other developing markets, like Russia and East Europe, will recover from the 2016 slump. 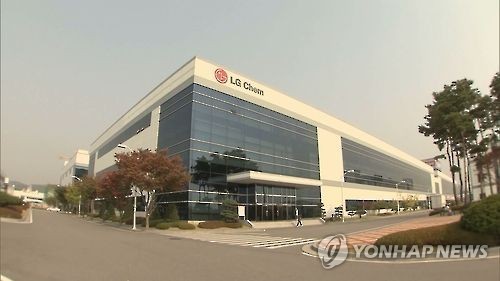 For Korea’s major battery makers -- Samsung SDI and LG Chem -- concerns over their performance in the Chinese market are likely to persist next year amid the neighboring country’s stricter rules on providing battery certification.

The two companies have been dealt with a blow after the Chinese government suspended subsidies for electric vehicles using batteries produced by the two firms earlier this year. The two were excluded from the subsidy list as they failed to acquire the battery certification amid tightened regulations in China’s alleged protectionism moves.

Unless China changes its policies, the Korean battery makers are unlikely to see improvement in their business there, the companies said.

“While (the company) had anticipated the EV battery certification process will resume in the third quarter, (the Chinese government) did not carry it out. It is difficult to project an accurate timing,” a Samsung SDI official said in the third quarter’s conference call.

“The biggest variable for the company’s sales growth for next year is China. If the status quo continues next year, the automotive battery business growth rate will be around 30 percent. If (the certification issue) is solved, the growth rate will possibly jump up to 60 percent.”

Amid the higher threshold to the Chinese market, Korean battery makers are seeking to sustain their top position in the global ESS market next year.
LG Chem topped the global ESS market share with 21 percent this year, standing at No.1 for two years straight, followed by Samsung SDI with 19 percent.

“Amid the three-party competition of LG Chem, Samsung SDI and BYD Auto in the market, Tesla has risen as the new competitor. As the supply amount of the two Korean companies is projected to surpass 2 gigawatt hours next year, the two are likely to make up half of the market in total,” SNE Research forecasted.

LG Chem has made aggressive ESS moves with supplying ESS for California’s largest power company SCE and other European companies.

In 2016, the retail sector saw consumers shifting their focus to stores and products that offer value and experience, rather than simply low prices.

In “Trend Korea 2017,” Seoul National University consumer studies professor Kim Nan-do dubbed this the “YOLO,” or “you only live once,” trend.

“Consumers who used to think of restraint as a virtue are now enjoying and challenging themselves each moment, and spending money on simple, clear value,” he said.

The most notable examples of YOLO spending can be found in travel, with consumers facing record-low interest rates choosing to spend money on meaningful experiences rather than saving it away. All retail sectors, meanwhile, have seen consumers choosing to open their wallets and enjoy the “here and now.”

For example, consumers are buying more decorative products for the home to create better surroundings for themselves. According to the online open market Auction, sales of products like sculptures and music boxes from January to November rose by over 200 percent on-year. Hobby-related products such as classical guitars and model buildings and model airplanes also nearly doubled on-year.

The Samsung Fashion Research Institute saw “selfness,” or the importance of brands‘ personalities matching those of consumers, to be a major factor moving the fashion industry in 2017.

Starfield Hanam, a shopping mall featuring stores that allow consumers to experience products as well as buy them, saw nearly 2 million shoppers each month since it opened in September. Starfield Hanam’s popularity during a year when department stores struggled to maintain sales indicated that consumers are visiting and spending money at places that have an element of entertainment, rather than simply shopping options.

“In an ‘experience economy,’ it will become more important for brands to find new marketing strategies that can satisfy the now-focused experience consumption of the YOLO consumers,” Kim wrote.