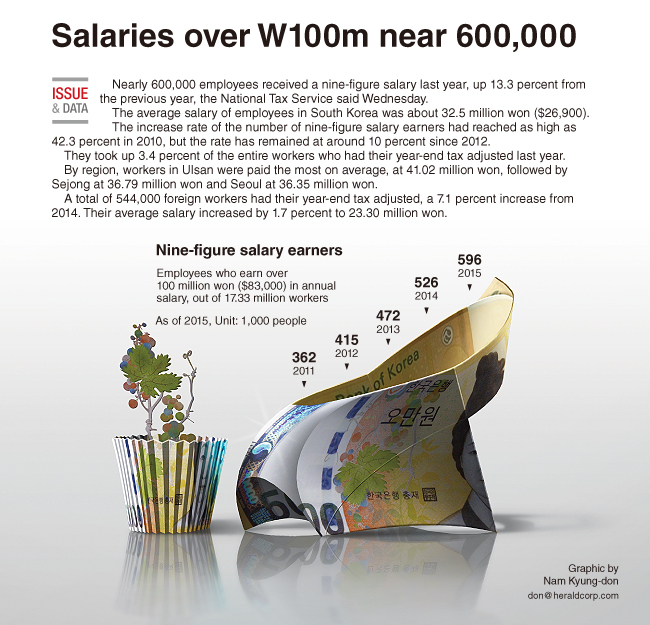 The increase rate of the number of nine-figure salary earners had reached as high as 42.3 percent in 2010, but the rate has remained at around 10 percent since 2012.

They took up 3.4 percent of the entire workers who had their year-end tax adjusted last year.