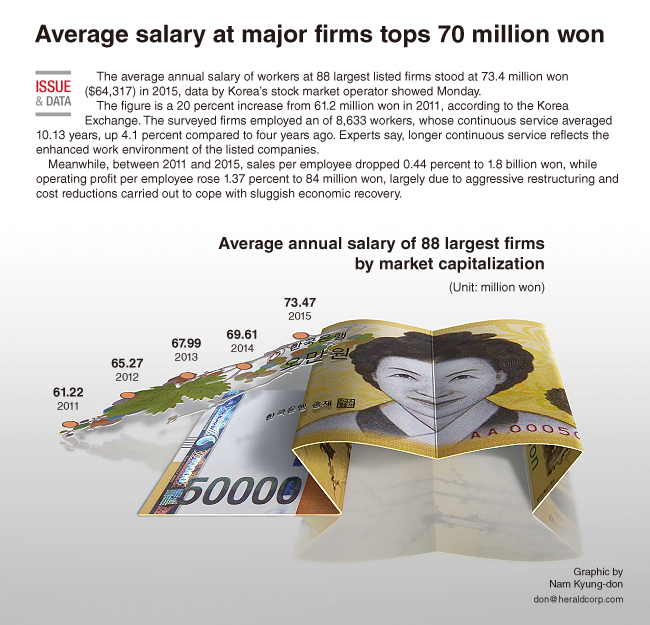 The figure is a 20 percent increase from 61.2 million won in 2011, according to the Korea Exchange.

The surveyed firms employed an of 8,633 workers, whose continuous service averaged 10.13 years, up 4.1 percent compared to four years ago.

Meanwhile, between 2011 and 2015, sales per employee dropped 0.44 percent to 1.8 billion won, while operating profit per employee rose 1.37 percent to 84 million won, largely due to aggressive restructuring and cost reductions carried out to cope with sluggish economic recovery.