US experts call for direct talks with N. Korea to negotiate nuclear freeze

By KH디지털2
Published : Oct 3, 2016 - 09:47       Updated : Oct 3, 2016 - 14:38
The United States should hold direct talks with North Korea to negotiate a freeze on the communist nation's nuclear and missile programs first before seeking to dismantle them, US experts said Sunday.

Jane Harman, a former congresswoman who now heads the Woodrow Wilson International Center for Scholars, made the case in a joint article with Wilson's Korea expert James Person, arguing that sanctions cannot force the North to end its nuclear program.

"Insanity is doing the same thing over and over and expecting a different result," the experts said in a sharp swipe at the current US policy of seeking change in the North's behavior through sanctions and Chinese pressure. 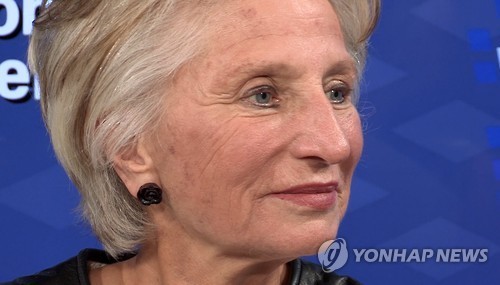 Despite a series of sanctions on Pyongyang, the regime remains defiant and continues to make progress in testing ballistic missiles and bombs and possibly even in miniaturizing warheads, they said, adding, "Sanctions are uniquely ineffective against North Korea."

The experts said that the US should "demonstrate some flexibility" and take security concerns about Pyongyang into consideration. They said the North learned a lesson from the Iraq War and NATO intervention in Libya which was that no outlier state without nuclear deterrence is safe.

"While the denuclearization of the Korean Peninsula remains the long-term goal, we propose using this US leverage to enter into talks with Pyongyang with the stated goal of negotiating a freeze of all North Korean nuclear and long-range missile tests and a return of International Atomic Energy Agency inspectors," the experts said.

"Realistically, this can only be achieved through direct talks with North Korea, not a return to a six-party process that evoked too much mistrust among key stakeholders, especially between Pyongyang and Beijing," they said.

After a freeze, the next US administration should exercise additional flexibility, considering even suspending joint US-South Korea military exercises and signing a nonaggression pact with the North, in order to move negotiations forward toward the eventual goal of complete, verifiable and irreversible dismantlement of its nuclear program, they said.

"A short-term freeze could also buy time to lessen tensions on the peninsula and throughout the region, and pave a path to moderating the brutal tactics of the North Korean regime against its own people. Done right, there is a way out of the insanity," they said. (Yonhap)