The following is the second in a series of articles featuring the impact of the landmark anti-corruption law that took effect Wednesday. -- Ed.

The Improper Solicitation and Graft Act that went into force Wednesday is expected to bring about big and small changes, with the aim of rooting out corruption in the public sector. 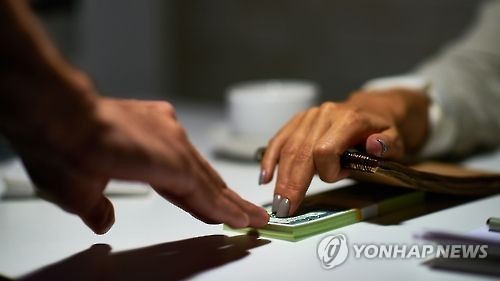 Also called the “Kim Young-ran Act” -- named after the former chief of the Anti-Corruption and Civil Rights Commission who initiated the drive in 2011 -- it bans all employees of government agencies, private educational institutions and media outlets, as well as their spouses, from offering and receiving meals worth over 30,000 won ($27), presents over 50,000 won and monetary gifts over 100,000 won.

Codes of conduct have been enhanced in compliance with the law at all 17 ministries, 29 government agencies and 321 public institutions. There were already codes of ethics and conduct for government officials, but these had previously existed as mere guidelines.

With the anti-graft law in place, most government branches and agencies are being cautious about any possible violation. And government officials who are assigned to meet with affiliated institution officials, private firm executives and journalists are being especially watchful.

The Budget Office at the Ministry of Strategy and Finance is encouraging its officials to replace the melodies played when calls are being connected with a voice message introducing callers to the law.

The ministry’s budget office is usually swamped by calls from lawmakers and the officials of other ministries and public organizations every summer when it does the math for next year’s government budget. Many of them even visit the ministry with gifts to get on the budget officials’ good side so they could possibly be allocated a larger budget.

Park Chun-seob, the deputy minister for budget, came up with the idea of changing his mobile phone connection melody to a message saying, “Soliciting for a budget is a violation of the Kim Young-ran law.”

Officials at the Ministry of Trade, Industry and Energy are also treading as carefully as possible. They have to meet business people frequently, as the ministry oversees regulations and policies related to major industries.

“I have canceled some dinner appointments in October with private firm executives, (as I am) taking a wait-and-see approach at the moment,” said a director at the ministry who declined to be named. “I do have some lunch meetings as planned, which I think should take place at cafeterias within the government complex and go Dutch.”

Indeed, for the first two days after the anti-corruption law took effect, queues at the cafeterias in the Sejong Government Complex were longer than usual.

An official at the spokesperson office of the Financial Services Commission said she is still confused about the dos and don’ts.

Although she took mandatory lessons on the new law, the official found many parts of the act vague.

“Feeling uncomfortable with the Kim Young-ran law, I had lunch with a journalist and just paid the bills separately,” she said. “Nothing has been clearly defined yet, even about holding press conferences.”

An FSC director said he might have to “stay silent and act as little as possible” for the time being, until he clearly understands the law.

“No dinner appointments, no golfing for the next few months with whoever,” the director said. “I am even afraid of throwing casual questions to our colleagues, because that could be interpreted as improper solicitation.”