Tang, wife of Korean filmmaker Kim Tae-yong, uploaded a photo of herself with the Chinese caption, “To everyone, today I gave birth to a 3.41kg baby girl. She is very healthy.” 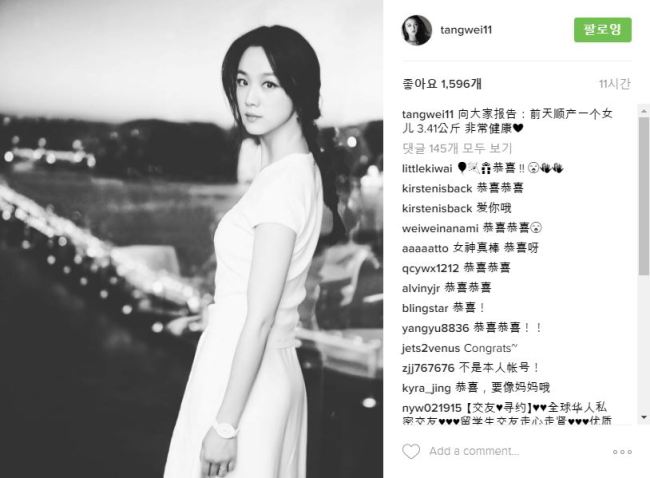 According to local media reports, Tang gave birth at a hospital in Hong Kong.

Tang and Kim married in 2014 on the remote Swedish island of Faro. The two first met while filming “Late Autumn” in 2009 and reportedly began dating in 2013 during Tang‘s visit to Korea for a commercial shoot.