The South Korean retail giant’s first discount chain opened in Ulaanbaatar, the first big box store in Mongolia. Instead of directly operating the outlet, E-mart has signed a contract with SKY Trading, a local distribution unit of Altai Group. It exports the brand, operation management manual and products for a royalty, a first for Korean enterprises. 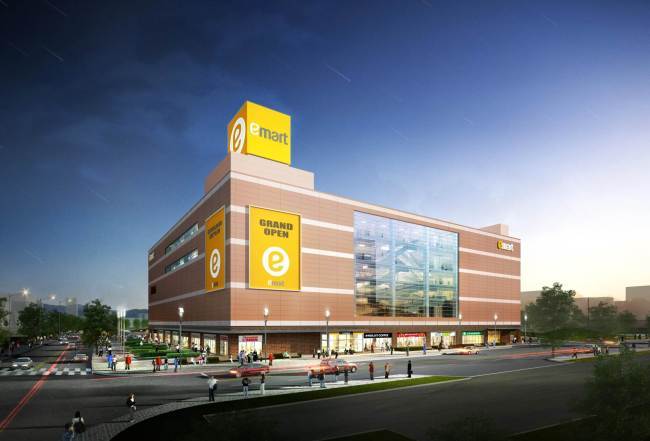 More than 3,500 customers came to the store by 3 p.m. on the official opening day, and the store had to limit their entrance as many as six times. During its “soft opening” period, from July 26 to 27, the hypermarket posted 400 million won (US$353,515) in sales, about three times its estimate.

“About 12,000 items from over 320 Korean companies will be exported,” said a company source. About one-third of the merchandise on sale is Korean.

“The sales figure might not be as big as that of a branch in Korea, but as the initial response was explosive, we are seeing a very large growth potential,” he added.